There is a catch though; the feature is still optional and is available as part of the optional Live Cockpit system.

It’s been an interesting week for BMW as they’ve gone from charging for Apple CarPlay and not offering Android Auto at all, to offering Apple CarPlay for free and now this.

Why it has taken so long and why it’s still optional may leave you puzzled but according to reports, BMW says it’s because majority of its customers were iPhones users hence the focus on Apple CarPlay but it’s clear that more and more are requesting for Android Auto, hence the announcement.

The system will be available in all BMW vehicles with the BMW Operating System 7.0 such as the new G20 BMW 3 series, G11 BMW 7 series and G05 BMW X5.

It’s reported that Android Auto will only be compatible with a limited selection of Android-based smartphones such as the Samsung Galaxy S8 to S10+, Note 8 to Note 10 and the Google Pixel range.

The feature will be demonstrated in January before being rolled out globally from July 2020. 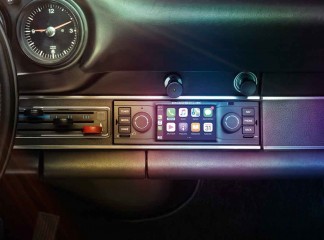