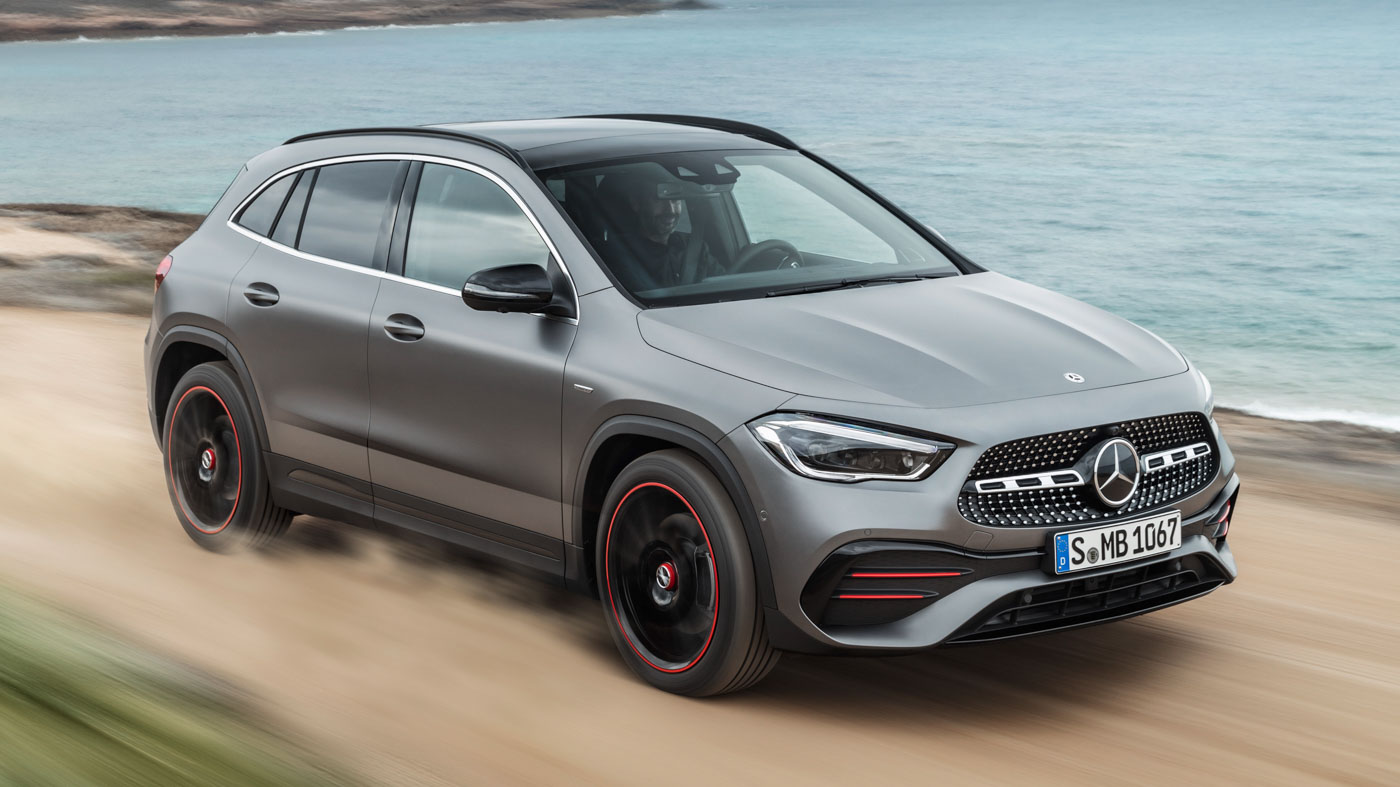 Mercedes-Benz has just unveiled the all-new GLA crossover, in an online-exclusive digital world premiere event on the Mercedes me media site.

With Mercedes-Benz Chairman Ola Källenius claiming that the all-new GLA being “better in every respect” than its predecessor, does it pack the punch to challenge the BMW X2 in the ever-growing compact crossover market?

The all-new GLA has been given a complete restyling, and now looks less like a jacked-up hatchback. Proportions wise, the GLA is now significantly higher (104 mm) than its predecessor, while being 14 mm shorter and 2 mm narrower. However, the wheelbase of the compact SUV has been extended by 30 mm, and its track increased by 46 mm on both axles.

As a result, the front headroom has been significantly increased, as well as the rear legroom with an increase of 114 mm. Boot capacity has also grown by 14 litres to 435 litres.

The body of the all-new GLA now features smoother body surfaces, while black-plastic claddings around the wheel arches and bumpers give the compact SUV a more rugged exterior. The bigger wheel arches can accommodate wheel sizes from 17 to 20 inches.

Styling elements are also more coherent with the current Mercedes-Benz compact car line-up, with the large diamond pin grille up front, and a slimmer and rounded taillights design inspired from the A-Class.

Inside, the all-new Mercedes-Benz GLA feels familiar to other recent Mercedes models, featuring a free-standing digital display panel on the dashboard. The panel contains two 7.0-inch screens for the instrument cluster and infotainment system as standard, which can be upgraded to 10.3-inch displays.

The new GLA is built on the second-generation Modular Front Architecture (MFA) platform. Unlike some of its other compact siblings the new GLA features McPherson struts up front, and a more sophisticated 4-link suspension set-up at the rear on all variants, instead of a torsion beam.

For those looking for more performance, the Mercedes-AMG GLA 35 4Matic features a 2.0-litre turbocharged four-cylinder that generates 306 hp and 400 Nm of torque. Century sprint in the GLA 35 takes a brisk 5.1 seconds, and is capable of reaching a top-speed of 250 km/h flat out.

The optional 4Matic all-wheel drive system – which comes as standard on the GLA 35 – includes the Off-Road Engineering package, which adds an off-road driving mode which regulates power delivery and ABS intervention, hill descent control, as well as an off-road function for the Multibeam LED headlights.

With the off-road function, the cornering lights on the Multibeam LED headlamps are continuously switched on up to a speed of 50 km/h, resulting in wide and bright light distribution immediately in front of the vehicle.

Additional information such as gradient, inclination angle, as well as technical settings are also displayed on the MBUX screens to help with tricky off-road driving.