After two consecutive years of a foreign make winning the Japan Car of the Year (JCOTY) title, specifically Volvo with the XC60 and XC40, the 2019-2020 crown has reverted to a home manufacturer with Toyota clinching it with the RAV4.

The win by the Toyota RAV4 makes it three in a row for SUVs, even though there were only three SUVs in the final 10 nominees this year. The panel of judges rated the RAV4 well ahead of the Mazda 3 and BMW 3 Series. Here’s how they fared in the points tally:

The judges commended the RAV4 for its four-wheel drive system, new platform (for comfort and driving enjoyment), ample luggage space as well as its connected infotainment system.

If there’s one model to complete the Toyota line-up in Malaysia, it has to be a mid-size SUV in the shape of the RAV4. The last we heard was it is still ‘under consideration’ and that a 2020 launch is likely, though it will be fully imported, and is expected to be priced higher than other CKD rivals such as the Honda CR-V, Mazda CX-5 and Nissan X-Trail.

Other notable category winners of this year’s JCOTY includes the BMW 3- Series with “Import Car of the Year Award”, the Nissan Skyline for “Best Innovation Award’’ (for its ProPilot 2.0 autonomous drive technology), Jeep Wrangler for ‘Emotional Category Award’ and the Nissan Dayz/Mitsubishi eK for “Small Mobility Award”.

(An earlier story referring to the Nissan Dayz and Mitsubishi eK as winning the JCOTY crown was inaccurate; that win by Nissan and Mitsubishi carried the title of RJC COTY. Both COTY awards have judging panels comprising automotive journalists in Japan.) 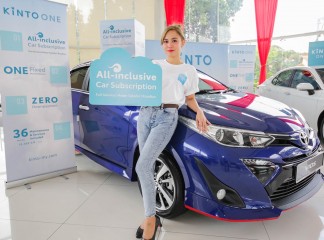