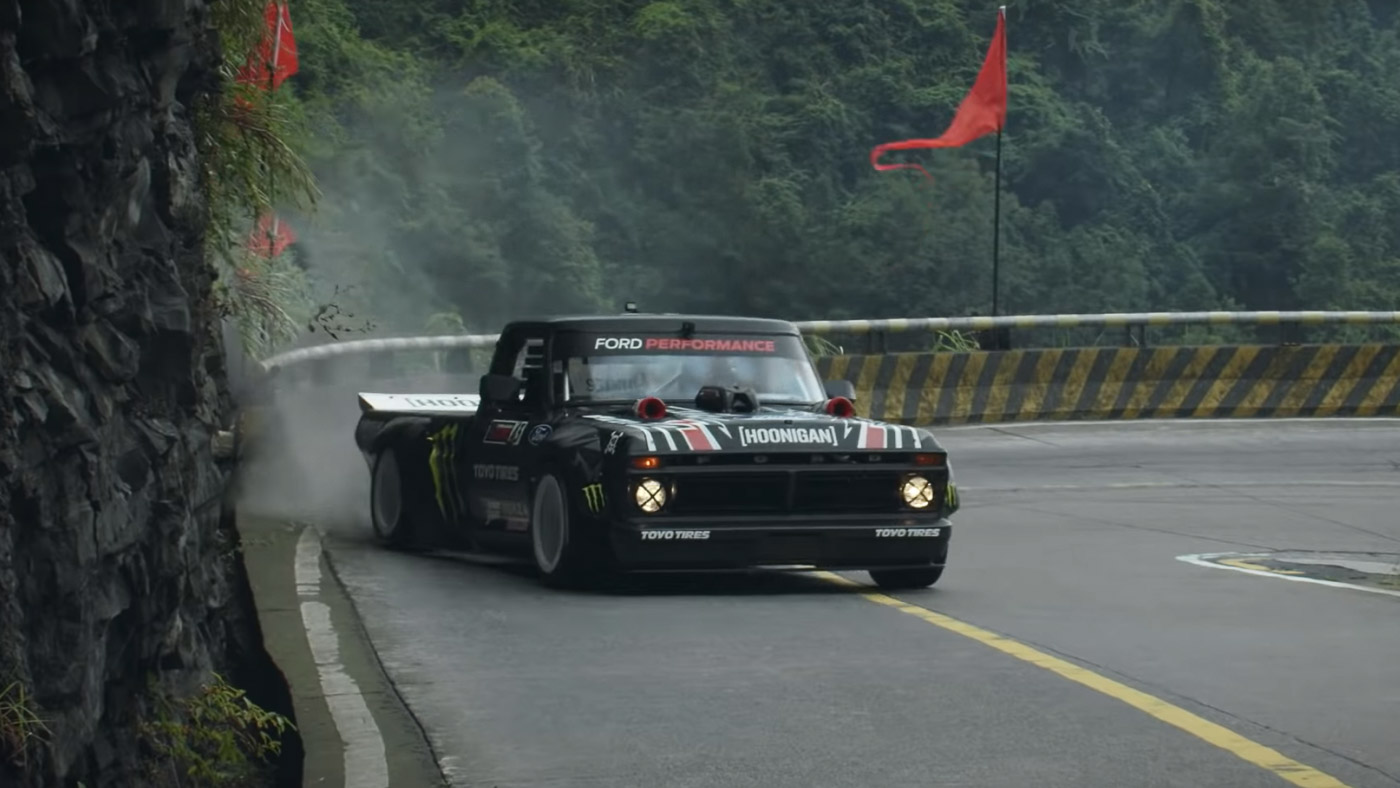 Ken Block, best known for his crazy Gymkhana videos, is back at it again. After conquering Pikes Peak with his famed Hoonicorn V2, Block brought his 1977 Ford F-150 Hoonitruck to take on China’s Tianmen Mountain.

Featuring 99 curves – most of it with a treacherous drop at one side – The Heaven’s Gate is hailed as China’s most dangerous road. Despite all that, Climbkhana 2 was still done in the most Ken Block way possible – with drifts and donuts.

The Hoonitruck, built on the 1977 Ford F-150, features a 3.5-litre Roush Yates EcoBoost V6 engine that pumps out 914 hp and 952 Nm of torque. You best bet that it took some serious bravado to drive this tail-happy truck up Tianmen Mountain.

But being Ken Block, he made it all seem way too easy. Our palms were definitely sweaty after watching the drift maestro power his way through the tight hairpins with inch-perfect accuracy. At that speed, the cement barriers probably won’t do too much to stop the car; any tiny mistake can send the Hoonitruck flipping down the mountain.

We must admit though, Climbkhana 2 did not wow us as much as his previous gymkhana videos from back in the day. Perhaps due to his usual extravagant stunts, a “simple” hillclimb almost seems too boring for Ken Block.

Besides, other than being a spectacle to watch, Ken Block’s method of sideways driving also isn’t the fastest way up a mountain. For that, you’ll have to check out Volkswagen’s record breaking run with the ID.R.