Home News Can you tell what’s new in the facelifted Volvo XC90? 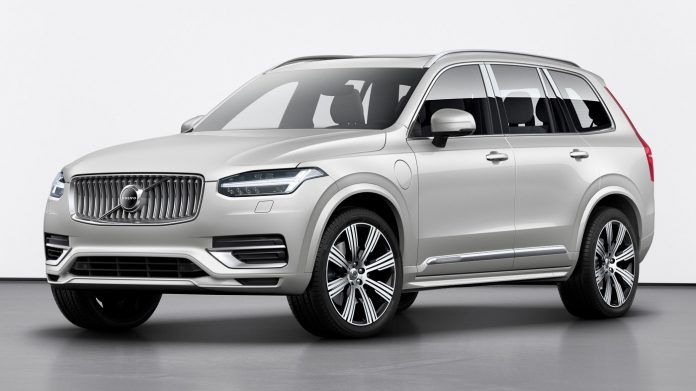 Volvo’s best-selling large SUV still looks the money but the Volvo XC90 has been around for half a decade now and the Swedish marque decided that its time for a mid-life facelift.

Changes to the exterior of the facelifted model are subtle but can be identified through a new concaved grille design, reworked trims on the front lip and foglamp housing, new wheel design and a silver strip that runs across the rear reflectors.

Inside, the cabin remains the same as before but updated with the latest technologies available on more Volvo models such as integrated Spotify app and Android Auto connectivity for the 9.0-inch Sensus touchscreen infotainment system. There is also a newly designed Orrefors crystal gear lever on the T8 plug-in hybrid variants.

Customers can now order their XC90 in the four-seat Excellence variant (2+2), seven-seat family SUV variant (2+3+2) or a new six-seater variant that arranges a 2+2+2 seating layout. The six-seater option removes the second row’s centre seat completely to allow a pathway for easy access to the third-row. However, by removing the centre seat, you also lose out on a centre armrest, replaced by two cup holders by the centre console.

The popular T8 plug-in hybrid powertrain has been updated with a new battery pack and brake-by-wire advanced battery charging that ups the horsepower to 420 hp (from 407 hp) and increases pure electric driving range by 15% from 43 km to 48.3 km. No word on whether the improved performance has impacted key performance figures.

The smaller capacity XC90 T6 plug-in hybrid also features the new battery pack and brake-by-wire technology offering 15% increase in pure electric driving range. There will be a new “B” badged XC90 that features mild-hybrid technology in B5 (petrol or diesel) and B6 (petrol) variants.

In terms of active safety technology, the IntelliSafe system on the XC90 now comes with steering assist that works for both City Safety autonomous braking and Blind Spot Information System. Oncoming Lane Mitigation system and Autobrake on the Rear Cross Traffic Alert is also added to the facelifted XC90.

The facelifted Volvo XC90 will go into production in May 2020 and will be making its market debut later in the year.