Not long after teasing us with an illustration of its silhouette, Honda has debuted the Sports EV Concept we’ve all been eagerly-awaiting. While there is already the FK8 Honda Civic Type R to keep our bloods flowing, it’s been a noticeable while since Honda released a coupe with a long swooping front and short rear end.

Whether it will be the successor to the highly-rated and beloved S2000 from more than a decade ago or a means of revival for the S600 of old, remains to be seen. One thing we know for sure is that it should be built on the same EV platform of the Honda Urban EV Concept – equipped with Artificial Intelligence.

Honda seeks to promote one-ness between driver and car through the Sports EV Concept, which will be powered by a highly-responsive electric power unit in a easy to handle, compact body. It’s also been indicated that the Sports EV Concept will be constructed with a lower centre of gravity to offer exciting maneuverability. 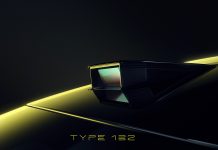