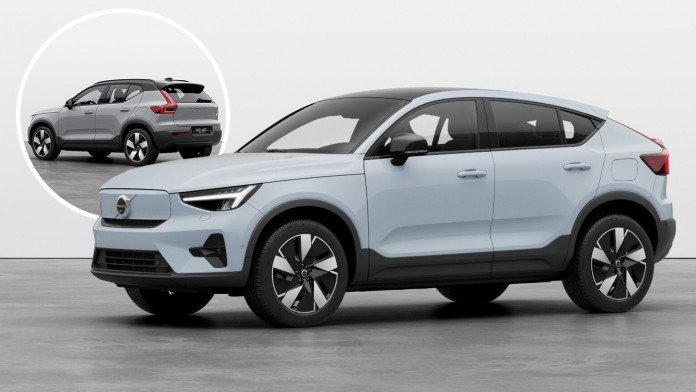 Volvo has just announced an update for both the XC40 and C40, introducing a revised powertrain to the small crossover. This includes a new RWD drivetrain, a bigger battery pack (for the AWD variant), and faster DC fast charging (DCFC).

Malaysia only gets the all-wheel drive (AWD) variant of the XC40 and C40, so let us first address this. The total power output of 300 kW (408 hp) remains the same, although the dual motor setup is now rear-biased. While the current version consists of two 150 kW (204 hp) motors, the update consists of a rear electric motor that makes 183 kW (249 hp) and a smaller front electric motor that makes 117 kW (159 hp).

Besides the electric motors, the update gives both the AWD versions of the Volvo C40 and XC40 a bigger 82-kWh battery pack from the current 78-kWH battery pack. The bigger battery and the new motor setup boosts the C40’s electric range to 510 km from 451 km and the XC40’s range to 500 km from 438 km (all range are based on the WLTP test cycle).

As for charging, the update enables the twin motor C40 and XC40 to handle 200-kW DC fast charging, which is a higher rate than the current 150-kW DCFC. Charging time from 10% to 80% is approximately 28 minutes with the bigger battery pack.

While Malaysia has never received it, both the C40 and XC40 are also available in single-motor front-wheel drive (FWD) variants in other markets. The new update changes the powertrain drastically as the single-motor versions will now be rear-wheel drive (RWD).