Home News 2021 Proton Iriz & Persona facelift will be launched on the 5th... The cat is now officially out of the bag – well… sort of. After numerous leaks and rumours over the past year, Proton has now officially announced that the new 2021 Proton Iriz and Persona facelift will be make its debut via an online launch on its Facebook page, at 11 am on August 5, 2021.

Based on the short teaser video, it seems like there will be quite a few significant updates to the new “second major change (MC2)” Proton Iriz and Persona, both inside and out of the B-segment duos.

On the exterior, we can see that the Iriz has received a major restyling effort, now taking on a “jacked-up” crossover look, as you’ve probably seen on previous leaks. These include new plastic claddings around the fenders, alongside new integrated roof rails up top.

Changes to the Persona meanwhile aren’t too obvious from the teaser video, though we do see the new round Proton logo in front alongside a redesigned grille, as well as what looks like larger, 16-inch wheels.

The teaser video does focus quite significantly on the interior upgrades of the new cars, which, from what we can see, include a new red accent trim around the centre console, and new leather upholstery options – including one in brown just like the range-topping Proton X70 variant!

The biggest change on the 2021 Proton Iriz and Persona, however, will come in the form of an upgraded infotainment system, now a free-standing unit on top of the dashboard, underscored by the central air vents underneath.

As shown-off in the video, the new infotainment system will come with a more tightly-integrated “Hi Proton” voice assistant system, with deeper control over the rest of the car, including the ability to open and close windows – a huge upgrade over the current system, which pretty much only tells you the weather, or help with navigation.

Check out our demonstration on how Proton’s voice assistant can recognise our various “powderful” Malaysian accents!

Mechanicals underneath the bonnet will most likely remain unchanged from the current model, which means we’ll continue to see the same 1.6-litre naturally-aspirated inline-four engine, that’s good for 109 hp and 150 Nm.

There are rumours swirling about a change in the engine’s transmission pairings, more specifically a change from CVT to a four-speed automatic gearbox, as well as the discontinuation of the 1.3-litre models for the Proton Iriz. However, we haven’t heard any solid confirmation on either of these, so we’ll just have to wait and see.

Here’s how the Honda City, Toyota Vios, and Nissan Almera stack up against each other. Can the Proton Persona finally join the fight for the best B-segment sedan?

Either way, we’re excited to see what Proton can bring to the table now that the partnership with Geely has sufficiently matured. Can we finally have a home-grown product that’s capable of competing head-to-head against the likes of the Toyota Vios and Honda City? Not too long more to find out! 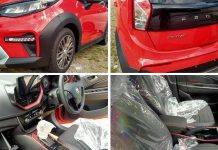 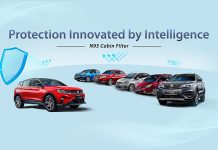