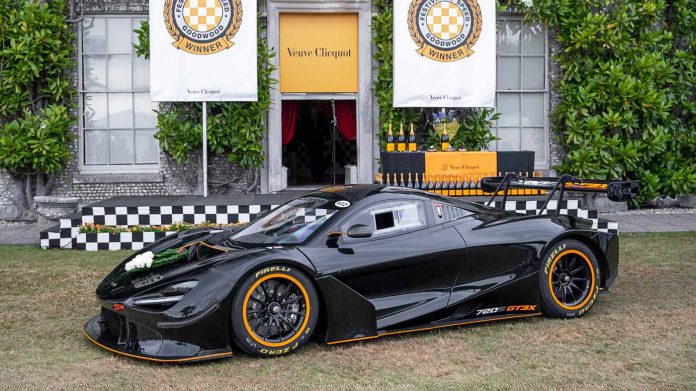 The 2021 Goodwood Festival of Speed has just concluded after a four-day event from the 8th to thw 11th of July 2021 with the McLaren 720S GT3X emerging as the fastest car in the annual Timed Shootout Final.

The GT3X was piloted by McLaren factory driver Rob Bell through the 1.8 km course to a time of 45.01 seconds. Second place was clinched by Travis Pastrana who was 1.19 seconds behind at 46.2 seconds in his Subaru WRX STI while third was a Spice-Cosworth SE88 at 47.1 seconds.

Find out more about the RM1.2 million McLaren 720S in Malaysia!

The overall hill climb record still belongs to the Volkswagen ID.R with a time of 39.9 seconds. The record was set in 2019 by the 680 hp electric race car, beating a 20-year record from 1999.

Watch the video and you’d realise how large the 720S GT3X and how little room there was to maneuver through the course that was first used in 1936. It would be more nail-biting to watch an on-board footage so here’s to hoping one would be released soon.

In case you haven’t heard, the 720S GT3X may not be more powerful than the standard 720S, with the same 720 hp and 770 Nm but it’s lighter. Compared to the standard model, it weighs about 70 kg less; mainly from the removal of the cabin trims. At the push of a button, the GT3X can deliver 30 hp extra albeit momentarily.