The fully electric Volkswagen ID.R is on a tear. Not content with record-setting runs at the Nordschleife, Pikes Peak and Goodwood, Volkswagen took on the challenge of navigating the 99 hairpins of the picturesque Tianmen Mountain road in China.

The result? 7:38.585 – a new record (fastest ever of any automobile) for the serpentine 10.9 km route which climaxes over a finishing line featuring a 131.5-metre natural arch dubbed ‘The Heaven’s Gate’. While the narrow passages of the course meant that the 680 hp ID.R couldn’t really stretch its top speed, factory driver Romain Dumas still managed bursts of up to 230 km/h, through narrow tunnels and short ‘straights’.

“I will certainly remember this record run on Tianmen Mountain forever as my most spectacular outing. I am proud to have set a record with the electric Volkswagen ID.R in China. The little information and testing we had beforehand made it a huge challenge. The road is incredibly narrow and winding, but the drive was unbelievable fun with the electric power of the ID.R. The huge torque was a big advantage on the short straights, while the aerodynamics provided additional traction in the fast sections,” remarked Dumas.

Apart from playing to an audience which contributes over 3 million units a year to Volkswagen’s global sales volume – China is VW’s largest market by a mile – the exploits of the ID.R is also a precursor to the premiere of the all-electric ID family, particularly the ID.3 hatch on the 10th of September at the forthcoming IAA Frankfurt motor show. 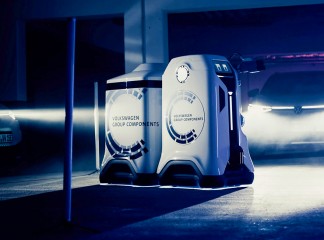