Home News All-new BMW 2 Series Coupe: This is (probably) it 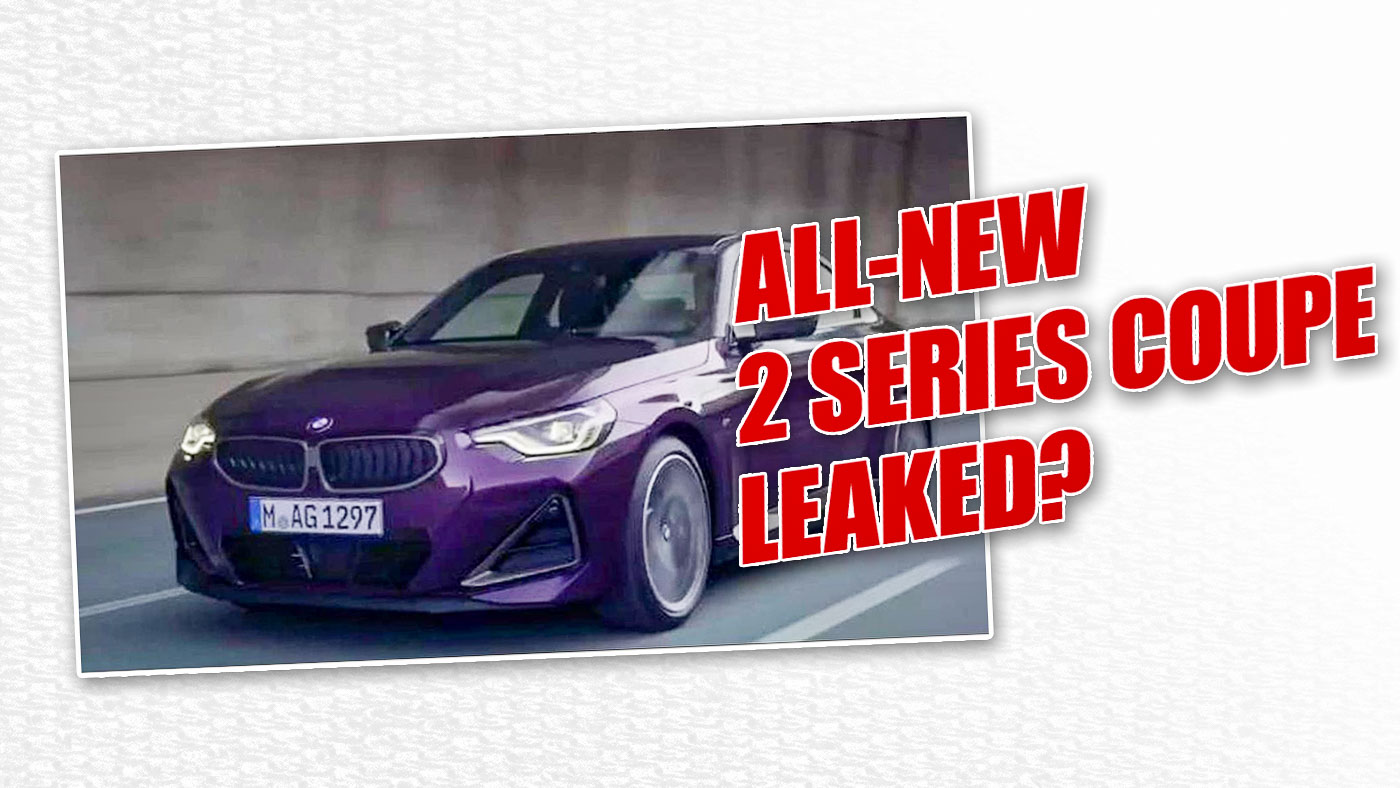 The all-new 2021 BMW 2 Series coupe that is scheduled for launch later this week has supposedly just been leaked ahead of its debut schedule.

An image of what appears to be a screenshot from an official BMW video of the new 2 Series was posted onto the Instagram profile Wilcoblok over the weekend. And while nothing is confirmed just yet, obviously, the photo does match up with everything that we’ve seen so far, leading us to believe that this is indeed, the real deal.

The purple car in the image above is believed to be the of the range-topping M240i variant (before the launch of the M2), hinted by the Cerium Grey accents on the front grille, wing mirrors, and the triangular bumper trims.

Check out the first leaked photos of the BMW 2 Series Coupe from April 2020!

To the delight of some vocal fans, the all-new BMW 2 Series will not get the M3-styled buckteeth grille, instead opting for a more “traditionally-styled” kidney grille that’s not that much bigger than what’s on the current model.

Flanking the grille are the new LED headlights, which now feature a single angel eye light signature, rather than the two-eye design seen on other BMW models. While the leaked photo doesn’t show the rear, the all-new BMW 2 Series is expected to feature a 3D design for the LED tail lights, based on earlier leaks of the car.

Earlier rumours suggest that the all-new BMW 2 Series will be offered with a variety of three-, four-, and six-cylinder engines, alongside diesel options.

The range-topping six-cylinder M240i variant will be powered by a B58 turbocharged inline-six petrol engine with 387 hp and 500 Nm (identical to the M340i), with drive sent to all four wheels via an eight-speed automatic gearbox, xDrive AWD system, and an M sports differential on the rear axle.

BMW has also confirmed that there will eventually be a full-fledged M2 variant, which should come with more than 400 hp, courtesy of the S58 three-litre inline-six turbocharged engine that’s currently used on the all-new M3 and M4 models.