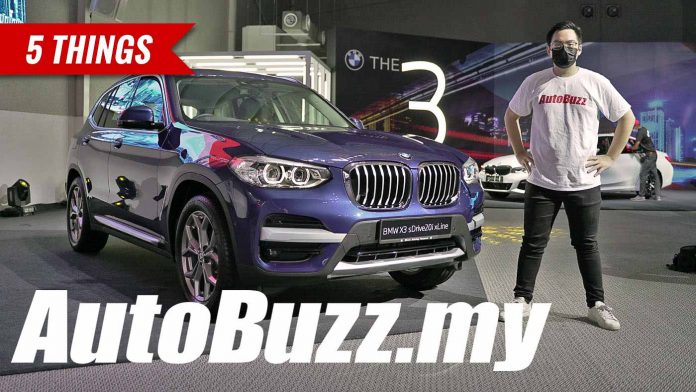 The new sDrive20i is priced at RM270,934 on-the-road without insurance, and inclusive of the SST exemptions. That being said, to think that it’s a completely bare X3 would be wrong.

It still comes with the 2.0-litre turbocharged 4-cylinder found in the more powerful X3 xDrive30i we reviewed but has been detuned to produce 184 hp and 300 Nm.

Comparing it with the xDrive30i model, the sDrive20i makes about 70 hp and 50 Nm less than its more powerful sibling, but there should still be plenty of performance as the sDrive20i is only rear-wheel drive.

Also, because it’s only rear-wheel drive, and does not come with the additional drive shafts to spin the front wheels like in the xDrive30i, the entry-level X3 is significantly lighter than its more powerful sibling which should mean that it would also be more fuel efficient.

For a more details on the X3 sDrive20i xLine, click here!