The upcoming 2020 Subaru BRZ and Toyota 86 twins have been in the works for quite some time now, with the announcement of a renewed partnership between the two companies in September this year officially confirming its existence.

Since then, we’ve seen several spy shots as well as leaks of the Hachiroku twins from the recent Subiefest event, but Subaru has just given us our best look at the upcoming 2020 BRZ yet – thanks to a new image of what seems to be the real deal on its updated website, along with the announcement of its world debut date – November 18.

The next-generation Subaru BRZ looks to be somewhat Porsche-inspired, at least when seen from the headlights. The daytime-running lights form a strip underneath the two projector elements, extending along the sides to wrap around the top – we’re guessing that the side portion will act as turn indicators.

We’ve also taken the liberty to do a quick Photoshop edit on the image, mirroring it for the other side and adding a rendered middle section, with the width of the car roughly measured from the number-plate holder with reference to a sample image from the current-generation BRZ. Here’s what we came up with:

We’re not sure how close our composite image will be to the actual car, but with rumours suggesting that it’ll still ride on a modified version of the current chassis, it really shouldn’t be too far off! There could also be some details that is left out on the centre of the bonnet, but well, there’s only so much we can do without seeing the actual car.

Aside from the looks, the biggest question about the upcoming Hachiroku twins is probably its technical specifications underneath the hood. Subaru has not revealed anything just yet, but based on what we can hear from the video on the website, the BRZ doesn’t sound like it’ll feature a turbocharger – sorry, we don’t make the decisions.

This suggest that the most recent rumour is probably true, which claims that the 2020 Subaru BRZ will be equipped with a naturally-aspirated 2.4-litre mill that makes 220 hp and 240 Nm. Despite its lack of forced-induction, the new engine output is still a healthy increase over the current 86‘s 200 hp and 205 Nm.

We’ll know more about the 2020 Subaru BRZ and Toyota 86 in about two weeks time. Until then, we’ll be keeping a look out for any more rumours that might pop out before the launch – so stay tuned! 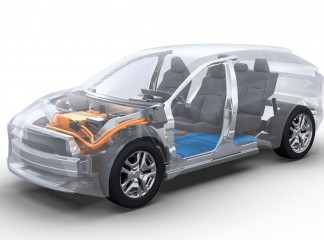 Subaru Levorg wins Car of the Year award in Japan