Due to the ongoing health pandemic, this year’s Subaru Tecnica International (STI) Subiefest was quite a bit different than the previous iterations to ensure social distancing. Instead of the usual gathering of Subarus and like-minded enthusiasts, Subaru of America organised a charity drive for this year’s Subiefest, which managed to break the Guinness World Record title for the largest parade of Subaru cars!

In total, 1,751 Subaru vehicles took part in the attempt, which smashed the previous record in 2015 (549 vehicles) by more than three times. So what does a 1,751 car parade look like? According to Subaru, the traffic jam spanned over a distance of 3.2 km (2 miles).

The Guinness World Record attempt was not just for bragging rights either – instead of selling entry tickets to Subiefest this year, each participant of the charity drive instead made a donation to the Feeding America, a charity to end hunger.

In total, the participants’ generous donations raised a total of 241,800 meals, which will be matched by Subaru of America to bring the total number of donated meals up to 500,000. The meals will be delivered by Feeding America to two local food banks in the vicinity in Los Angeles and Orange County.

Subaru of America Senior Vice President of Marketing, Alan Bethke said, “In these trying times we all search for stability in our daily lives. We hope that through this donation to Feeding America, we can provide the comfort and stability of a meal for people who struggle with hunger in America. We must all stay safe but remember to help others where we can.”

Aside from the Guinness World Record attempt, participants were also offered an exclusive preview of the upcoming Subaru BRZ/Toyota 86 twins, albeit covered in heavy camouflage and placed behind a thin veil. However, images of the car that made it online pretty much confirmed what we’ve seen before, and all that we’re waiting for now is just the powertrain – which we’ll know about more very soon. 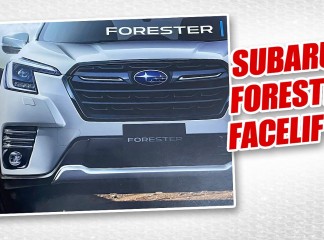 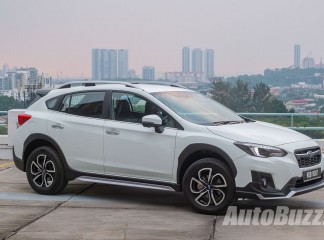 The five types of drivers that should buy a Subaru XV