In case you weren’t aware, Goodwood Speed Week took place last weekend. While this year’s iteration of the iconic event is a little different (in the sense that no public audience was allowed), carmakers were still determined to make it an unforgettable spectacle.

In the case of Lotus, the British sportscar maker brought the Evija electric hypercar for its “dynamic debut” at the historic hill climb track, draped in a retrolicious John Player Special black and gold livery as a reminder of the brand’s glorious F1 days of the past.

For those who are unfamiliar, John Player Special is a tobacco brand that sponsored Lotus Formula 1 endeavours in the 1970s and 1980s. As a result of the sponsorship deal, the Lotus cars donned a black and gold livery. But not only did the cars look good, they also starred some of the most successful drivers during its time, such as Ayrton Senna and Jacky Ickx, making the black and gold cars an instant classic.

To us, black and gold just looks right on a Lotus, and the Lotus Evija looks right at home when parked next to the trio of black and gold Lotus F1 cars, that were also brought out of storage for a photo op and shakedown at Goodwood.

Of course, the Evija wasn’t just there for posing duties only (although it looks so good doing it). Lotus prepped the car for a full entry in the Supercar Run, where it was pitted against other supercars such as the McLaren Elva for a top spot on the coveted timing board. We’re still waiting for the footage from the official timed run, but in the mean time, enjoy this short video that Lotus shot during the warm-up day.

While the interior of the car is still far from production-spec, what stood out to us in the video is just how loud the electric motors’ whirring noise actually is within the cabin. Sure, it’s nothing like the screaming howls that can be heard from the other black and gold Lotuses, but it certainly does not lack drama, just in its own futuristic flavour.

Lotus Cars, Director of Vehicle Attributes, Gavan Kershaw said, “Bringing the cars to an event like this is a welcome break from the hundreds of hours spent on proving grounds, where there’s a huge amount of open space and long straights to test the car’s performance limits.

“Goodwood is a fast and flowing circuit with numerous undulations in the surface, and so is a fantastic test and demonstration for the Evija as it’s the type of environment where many owners will use the car.”

The GBP1.7 million all-electric hypercar features four electric motors to produce a mind-warping 2,000 hp and 1,700 Nm, which is enough to complete the century sprint in under three second, and 0-300 km/h in under nine seconds.

But it’s not just about raw power – the Evija is also a “true Lotus” too, according to the British brand. Significant focus was placed on making the all-electric hypercar as light as possible, starting with a carbon fibre monocoque that weighs less than 130 kg. When it comes out, the Lotus Evija will be the lightest electric hypercar ever made, not as though there’s much competition anyway.

Only 130 units of the Lotus Evija will ever be built, and as of August this year, more than 70 units were already spoken for. 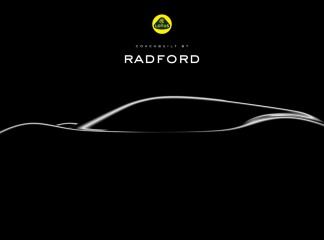 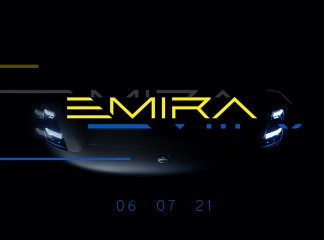