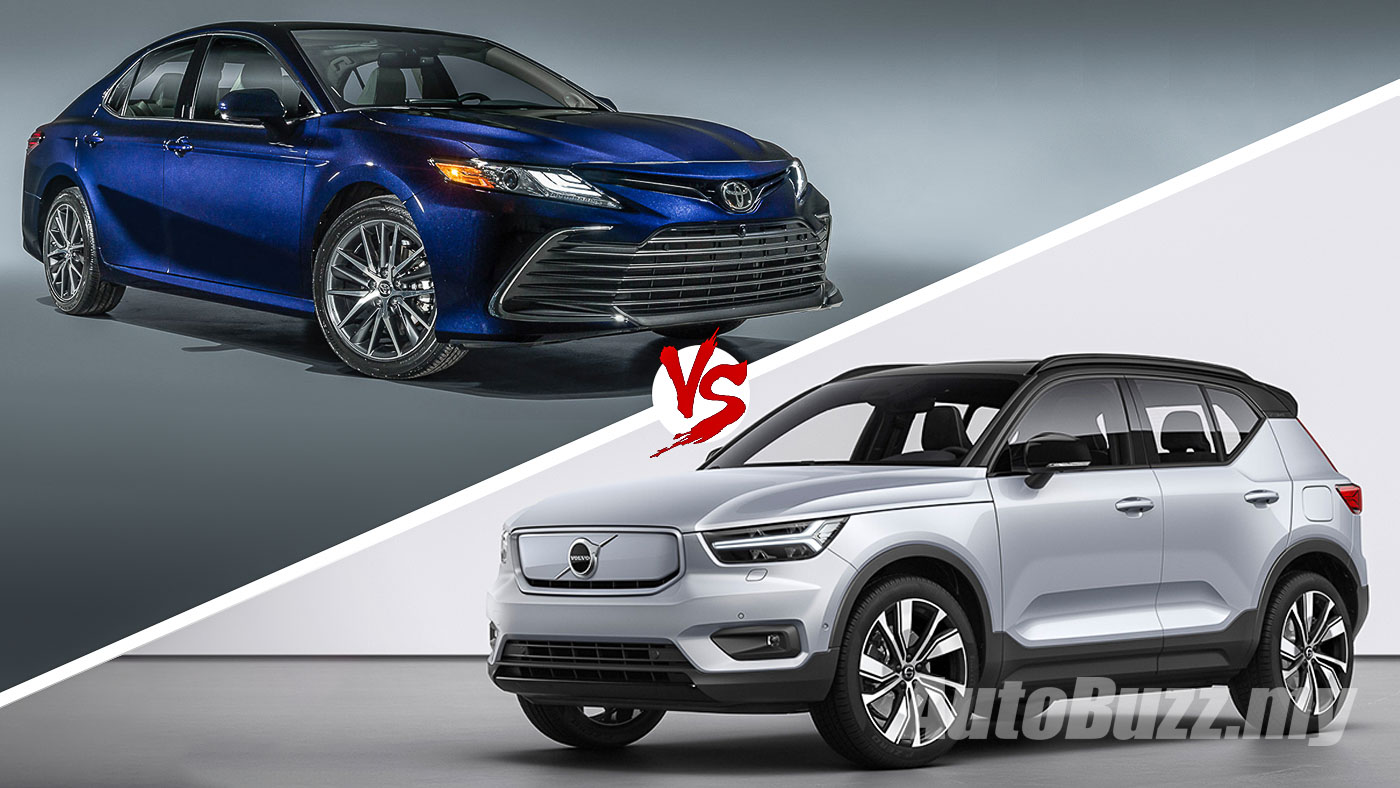 The next time you drive around your neighbourhood, take a good look at the cars parked in your neighbours’ driveways. Notice the number of SUVs around? Nope, your eyes are not playing tricks on you. The rise in popularity in these tall-riding vehicles is nothing short of meteoric – in fact, 20% of car buyers in 2019 preferred SUVs over other body styles, a figure that was just 6% in 2015.

While there are definitely good reasons for someone to choose an SUV, are we actually forgetting about the humble sedan all too easily? Can the sedan still match up to the superstar SUV body style in these modern times where our needs are ever changing?

Before we pit the two in a head-to-head comparison though, some housekeeping is in order. What exactly is a sedan or an SUV?

A sedan is a passenger vehicle composed of three major compartments or “boxes” – engine, passenger, and cargo – all separate from each other. This is also sometimes referred to as the “three-box configuration”, for obvious reasons. The passenger compartment typically has two rows of seats, with a standard seating capacity of five passengers, including the driver.

As for SUVs, things get a little bit complicated. A traditional SUV, or Sports Utility Vehicle, is designed with off-road purposes in mind – so all-wheel drive, ladder frame chassis, and large ground clearances are almost always found on a vehicle of the sports utility variety.

In recent times though, the term SUV has also been commonly used to cover what are essentially called crossovers. These cars are mostly based on existing models and platforms, but jacked up to portray a tough SUV-like image. Off-road capabilities are optional, so they are generally more “car-like”, with a plusher ride and comfortable interior.

For the sake of simplicity, when we say SUV hereon in, we’re referring to both traditional SUVs and crossovers. So with all of that out of the way, let’s take a closer look at how these two types of vehicles compare against each other, shall we?

Thanks to the its unique layout, an SUV can typically carry more cargo at the rear, especially with the rear seats folded down. The taller space also means that you’ll more easily fit taller or bulkier items into the rear cargo area – just remove the tonneau cover and you’re set. Sliding larger items in and out of the boot is also a whole lot easier, thanks to the usually-flat load floor.

However, that doesn’t mean sedans are inherently bad a hauling items. Well designed three-box sedans can still offer a decently sized cargo area in the boot, enough to rival even the SUVs – just take a look at the current Honda City, offering an enormous 536 litres of boot space in its relatively compact body size.

Many sedans also now offer 60:40 split folding rear seats, which means you’ll be able to slide longer items up front, though taller items might still be a little bit of a struggle due to the smaller boot opening. On the flip side, the lower ride height of sedans also mean that you won’t have to lift your groceries as high up to put it into the boot.

Occupants in an SUV sit quite a lot higher than its sedan counterparts, which means outward visibility is generally better. You’ll be able to see further down the road, giving you more time to react to what’s happening ahead of you; the saying that “taller cars are safer” might actually ring true here, though not in the way most people think.

The taller seating position also means you’ll be able to find an empty parking space easier, as you can easily look over a parked car, preventing the pesky Kancil situation that we all know and dread. Looking out of your windows, it’s also hard not to feel superior seeing all the other drivers seated in their lowly sedans… we kid.

That’s not to say that sedans have bad visibility, though. Many new vehicle architectures are actually designed specifically with visibility in mind, featuring a lower cowl (the part where the bonnet meets the windscreen) and belt line to help you see out of the car easier.

Furthermore, some people might prefer the lower ride height to aid with ingress and egress, without the need to hop into the seats of taller SUVs – but really, it’s just a matter of personal preference. And of course, if you want to feel like a race car driver by sitting closer to the floor, sedans are your only choice here – which brings us directly to the next point.

With a lower ride height and generally lower overall weight, the centre of gravity of a sedan is situated lower compared to the SUVs. This means that sedans tend to have better handling capabilities and are more agile around bends, giving you a more sporty driving experience – sorry, you just can’t fight physics.

The sleeker three-box design also means that sedans generally have a lower aerodynamic coefficient, making it glide easier through the air and improving overall fuel consumption. The extra weight on SUVs don’t help, too, despite the significant improvement these cars have experienced in recent years.

However, having a taller ground clearance does mean that SUVs can traverse rougher terrains or obstacles a little easier – with or without all-wheel drive. With our pothole-filled Malaysian roads that frequently turn into temporary swimming pools especially during the monsoon seasons, SUV drivers can feel more at ease knowing that their taller cars can probably wade through it unscathed.

Before you proudly drive your SUVs into the nearest puddle though, always remember to always think about your safety first – never drive through a body of water without knowing the depth of the water. If you’re unsure, always err on the side of caution and take a different route if possible.

Being Malaysians, there’s no point in a comparison if we don’t mention the price, right? According to J.D. Power, the average transaction price of SUVs in 2019 is 2.6 times higher than small cars, meaning you’ll be paying more to get an SUV over a comparable sedan.

Just for comparison purposes, take a look at the Honda Civic against it’s corresponding C-segment SUV counterpart, the CR-V. Pitting both entry-level variants against each other, you’ll notice that the CR-V, starting at RM144,629.66, is priced more than 32% higher than the Civic, which starts at RM 109,326.51 now, with the sales-tax exemptions that are in place until the end of the year.

One might argue that the CR-V has a slightly more powerful engine, and that is certainly true. Though for someone who’s looking to justify their purchase based on value instead of desire, the couple of extra horsepower still isn’t going to help with its appeal.

If you think that was not a fair comparison, then consider this: the Toyota RAV4 (RM215,665) is priced more than 14% higher than the Toyota Camry (RM188,763) – a car that is technically one segment higher, with a passenger cell that is 28-litre bigger in volume. I guess that’s the price we have to pay for some extra flexibility.

At the end of the day, the choice still falls back into the hands of the buyer, as both body styles have their own set of advantages against the other. Hopefully, the breakdown above has helped in your purchasing decisions, and if we’ve missed out something, do let us know in the comments section below!