Home News In case you didn’t realise, this is actually the updated Kia Stinger Kia has released the first images of the updated Stinger ahead of its market debut later this year, and no – we promise we did not choose the wrong photos.

Exterior changes on the facelift is relatively minor, with most of the updates visible on the new 18- and 19-inch geometric-design alloy wheels, along with the new taillights that now run across the entire width of the rear end – its turn signals now made up of 10 individual LED units arranged in a chequered flag pattern.

At the front, Kia also says that it’s given the headlights a little nip and tuck, with a newly redesigned LED daytime running lights signature in the shape of sharp slashes slightly angled towards the front of the car. Oddly enough, those in the photos provided doesn’t seem to be all that different from the current Stinger, and does not tally with the previously leaked photos of the Stinger facelift – which looks a lot more like the description.

Depending on market, Kia will also be offering two optional packages to jazz up the exterior: a Dark Package which includes gloss black diffuser surround at the rear and black wide-bore muffler tips, and for North America a Black Package which brings new 19-inch wheels in matte black, new bootlid spoiler, blacked out side mirror caps, and blacked-out side fender trims.

Buyers of the higher-performance variants can also individually opt for the larger wide-bore bright silver exhaust mufflers, which comes with a more pronounced and functional performance-inspired rear diffuser.

The redesign restraint continues on the inside of the updated Kia Stinger, with the most notable change being the new infotainment display – now upgraded to 10.25-inches in size, up from the previous eight-inch unit. There’s also the new 64-colour ambient lighting, while buyers can opt between aluminium or faux carbon fibre trim for the centre console.

Kia also says that the material choices within the cabin have also been upgraded for a more luxurious ride. Depending on the market, Kia will offer a variety of interior colour options, such as the Dark Brown monotone interior with quilted diamond Nappa leather as seen in the photo, exclusive to the Koreans.

Other international market gets to choose from Saturn Black, Red and Beige – the former being a combination of black suede on the seats with red contrast stitching in a “chain” pattern, designed to mimic the links of a watch strap.

Aside from these images, other information will only be revealed closer to the actual launch. However, recent rumours suggest that the updated Kia Stinger will receive a pair of more powerful engines – the 304 hp 2.5-litre turbocharged inline-four, and a 380 hp 3.5-litre twin-turbo V8 lifted from the Genesis G80.

Locally, the Kia Stinger is available in two variants – a 2.0-litre GT-Line model producing 255 hp and 353 Nm of torque, as well as a 3.3-litre Stinger GT that makes 365 hp and 510 Nm of torque from its twin-turbocharged V6 engine. Both variants are equipped with an eight-speed automatic gearbox. 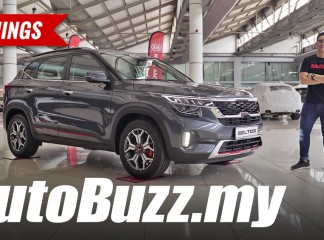 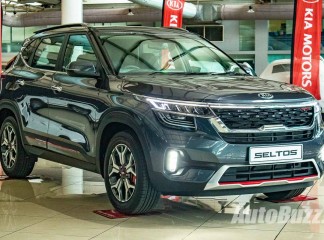 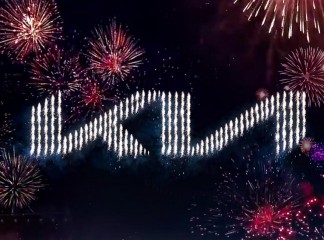