Home News Sebastian Vettel will leave Ferrari at the end of the 2020 F1... 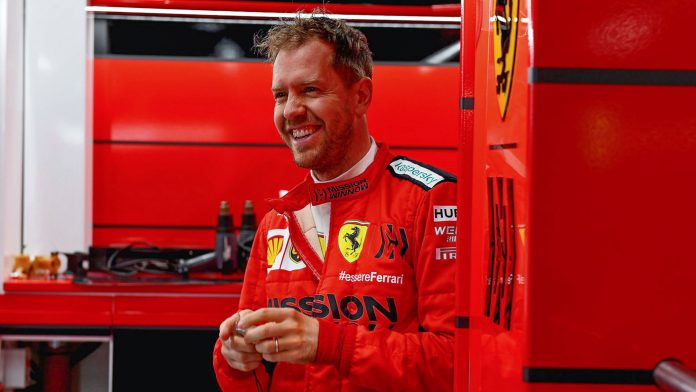 After five years with the team, four-time Formula 1 World Champion Sebastian Vettel will be parting ways with the Scuderia Ferrari team after the conclusion of the 2020 season, after both parties were not able to reach an agreement for the contract extension.

Vettel and Ferrari has been in discussion for the extension of the contract for several months. Just last month, team principal Mattia Binotto said that Vettel was his first choice to race alongside Charles Leclerc for the upcoming season.

“The team and I have realised that there is no longer a common desire to stay together beyond the end of this season,” said Vettel. The driver was quick to clarify that financial matters played no part in the decision. “That’s not the way I think when it comes to making certain choices and it never will be.”

Binotto added, “This is a decision taken jointly by ourselves and Sebastian, one which both parties feel is for the best. It was not an easy decision to reach, given Sebastian’s worth as a driver and as a person.

“There was no specific reason that led to this decision, apart from the common and amicable belief that the time had come to go our separate ways in order to reach our respective objectives.”

Sebastian Vettel joined Scuderia Ferrari in 2015, replacing Fernando Alonso after a five-year stint and a disappointing final year at Red Bull F1. During his time in Scuderia Ferrari, Vettel managed to achieve 14 Grand Prix wins – first being the Malaysian Grand Prix in 2015 – making him the third-most successful driver ever in the team’s history.

Vettel is also the individual to have scored the most points with the team. However, he was not able to achieve his ultimate goal of bringing Scuderia Ferrari back to championship glory – taking second place four years out of five.

“Scuderia Ferrari occupies a special place in Formula 1 and I hope it gets all the success it deserves. Finally, I want to thank the whole Ferrari family and above all its “tifosi” all around the world, for the support they have given me over the years,” added Vettel.

Vettel has been put under constant pressure ever since the addition of F1 wonder child Charles Leclerc to the team last year, with Leclerc coming out ahead in terms of championship position, wins and poles, raising questions of Vettel’s future in the team.

Through an Instagram post, Leclerc said that there was always respect between the two, even though it might not be perceived as such through the media. “It’s been a huge honor [sic] for me to be your team mate. […] I’ve never learnt so much as I did with you as my teammate. Thank you for everything Seb.”