Home News Be prepared to pay a RM1,000 fine if caught violating MCO Those caught flouting the Movement Control Order, which ends on the 14th of April pending an extension, will be slapped with a RM1,000 fine.

These fines will not be issued at the roadblocks itself but instead, offenders would be brought to the nearest police station where the fines would be issued.

Once issued, offenders will be given two weeks to settle their fines at any Health Ministry office. Failure to do so would see offenders being tried in court.

Unlike traffic fines where discounts are offered, there will be no such thing for these fines, in accordance with the Prevention and Control of Infectious Diseases Act 1988.

In case you haven’t read, the authorities have also announced five new road closures in the Petaling Jaya area beginning 12 am on the 10th of April 2020. The road closures will take place around the Damansara Perdana and Mutiara Damansara neighbourhoods. 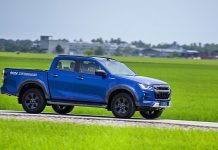 Eateries, petrol stations may soon be allowed to operate until midnight regardless of NRP phase 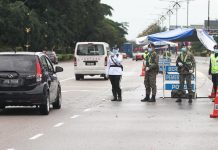