Remember the days when every petrolhead lusted after the Mitsubishi Lancer Evolution and Subaru Impreza WRX? Well, Toyota is looking to revive that with the GR Yaris, if the reports coming out of the prototype media drive (held on the Estoril circuit in Portugal) are anything to go by.

For something like to GR Yaris to even exist in the traditionally bean-counting culture of Toyota is nothing short of a miracle, it also speaks volumes of the cultural shift that its president Akio Toyoda promised and is delivering.

Consider the following – the GR Yaris is powered by an entirely new powertrain developed in-house from ground up; this is not some tuning job on existing hardware but a fresh investment in a model that’s probably not going to sell in large numbers.

Under the still camouflaged hood of the GR Yaris rests a 1.6-litre turbocharged 3-cylinder engine capable of an estimated output of 250 hp and 350Nm (probably the most powerful 1.6-litre 3-pot in the world when it goes into production), mated to a 6-speed manual, the only transmission that will be offered. Idle to 100 km/h is rumoured to take around 5 seconds.

The more you read into the yet-confirmed mechanical specs, the more you’d think that the GR Yaris was conceived solely by enthusiasts and engineers in a secret location, hidden away from accountants and marketers. It still uses the Yaris as a base, but just about everything else been redrawn in the name of weight savings and performance.

The Gazoo Racing boffins deleted the rear doors, dramatically widened the body and track, lowered the roof (made of carbon fibre now) and gave it variable mode all-wheel drive – not unlike that of a Yaris WRC rally car. The rear torsion beam suspension of the regular Yaris also makes way for a double wishbone set up.

Toyota will remove the camo on the GR Yaris at the Tokyo Auto Salon on 10th January 2020, customer deliveries are expected late in the year. 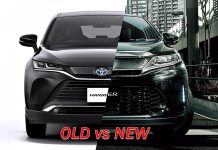