Home News Hennessey will modify the Porsche Taycan, but not how you imagined 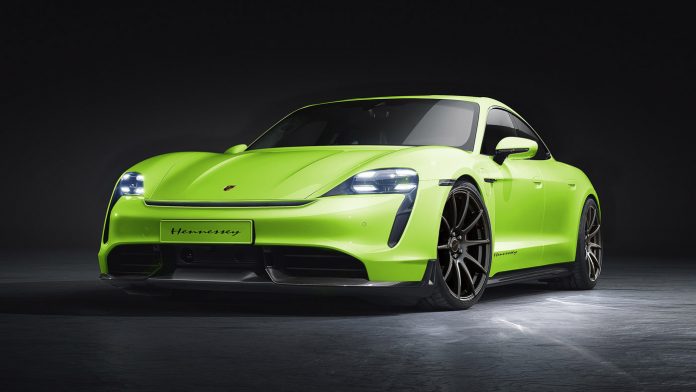 Texas-based tuning house Hennessey Performance Engineering (HPE), famed for their bonkers modifications such as the 600 hp 6×6 Velociraptor, 1000 hp Camaros, and “Fastest Car In the World” challengers, have announced that they will be modifying their first EV – the Porsche Taycan.

Although recognising that most of their customers still want raw and powerful internal combustion engines, HPE founder and CEO John Hennessey said, “We’ve been planning to do something with electrified vehicles for a while now. We felt that the new Porsche Taycan was the right platform from which to modify our first EV.”

Don’t fret though, as Hennessey promised that they will be looking to see what is possible in terms of adding more power. Understandably, the electric vehicle arena is still fairly new, and extracting more power might result in catastrophic outcomes without proper research.

Hennessey added that “We don’t want to reinvent the wheel in the electrified market, we just want to make it roll a little faster and cooler!”

As a recap, on what Hennessey is getting their hands on soon, the recently unveiled Porsche Taycan is powered by two permanent synchronous motors, pushing 625 hp and 1050 Nm.

We can’t wait to see what Hennessey can do with the Taycan in their experienced hands!