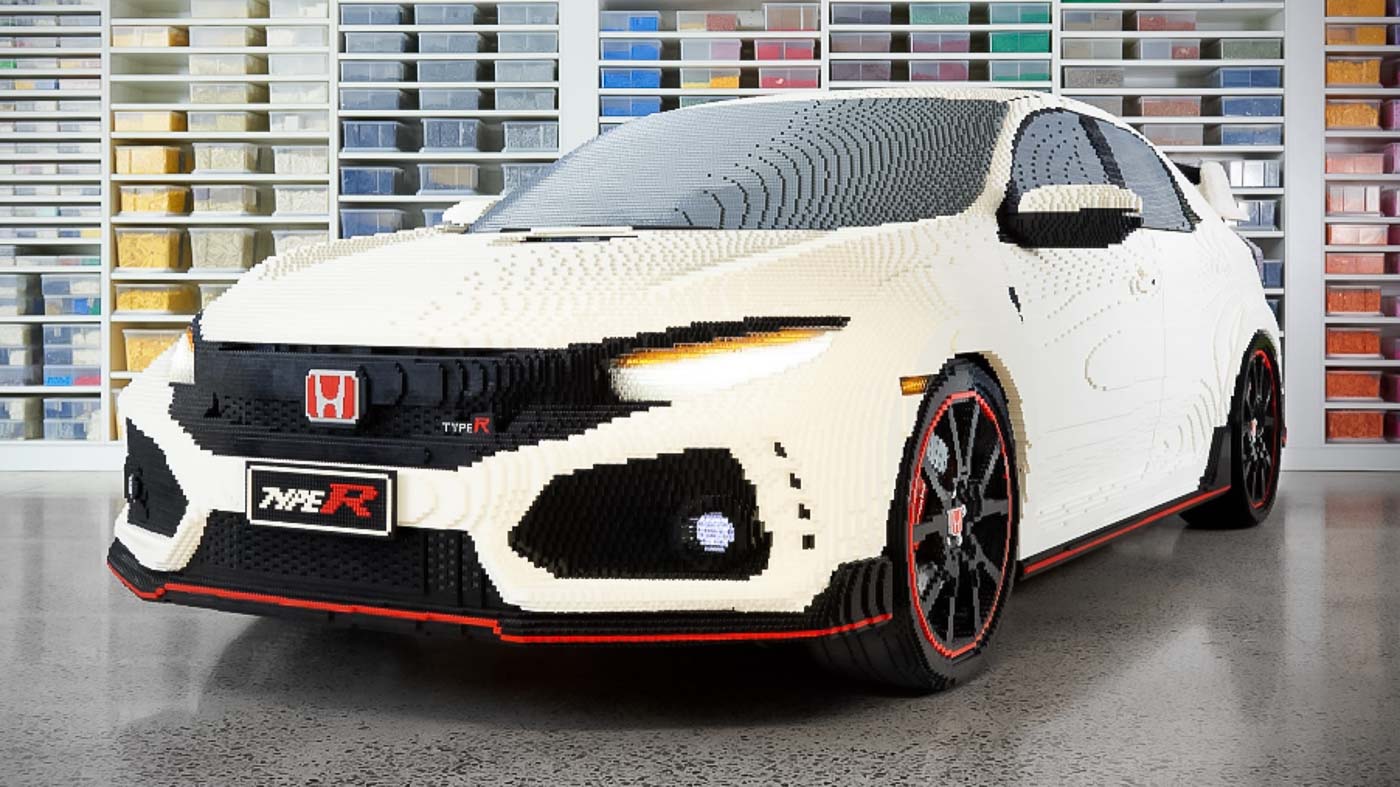 First, there was the Lego Camry, then Porsche, Bugatti and even McLaren decided that a life-sized Lego replica of their flagship cars was a good idea. Now, Honda Australia has come up with its very own life-size Lego Honda Civic Type R.

Everything from the windscreen wipers to the brake callipers were assembled using Lego bricks stacked on top of steel frames. The team used more than 320,000 bricks (Civic Type R has 320 hp, go figure) and spent more than 1,000 hours to put together this build.

It is not a working model so the only way this 1:1 scale model will get anywhere is on a forklift but the headlamps, DRLs, fog lights, signal lamps, brake and reversing lights can be operated on an iPad. Guess this model won’t be making any lap records.

“We’ve loved the challenge of this project. The car is shaped with a considerable amount of curved lines, making it a tough but interesting build. From the working lights and indicators to intricate LEGO® Honda logos, the detail on the model has been a fun one for us to work on”, said Mr. McNaught.