Home News LEGO actually built a life-sized Bugatti Chiron that you can drive! It is the most insane build we’ve ever seen anyone undertake, both in the context automotive manufacturing and LEGO building context as together with Bugatti, they’ve built a full-sized 1:1 scale model of the Chiron.

As if previously completing a 1:8 scale model wasn’t challenging enough, LEGO wanted to build a “self-propelled” model that could be driven and accommodate another passenger.

The facts and figures are simply insane! It’s also a pioneer and the first of its kind for LEGO in so many ways.

It’s even got a functional rear spoiler, front and rear lights, a detachable steering wheel, brake pedals and a speedometer built entirely from LEGO Technic Elements.

What’s even cooler was that the LEGO model was driven for the first time on the same track where the original Bugatti Chiron was tested, with Bugatti’s official test driver and former Le Mans winner, Andy Wallace behind the wheel.

“When I first saw the LEGO Chiron, I was immediately impressed by the accuracy of the model and the minute attention to detail. In fact, from about 20 metres away it’s not obvious that you are looking at a LEGO car,” said Wallace. 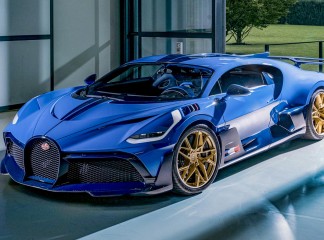 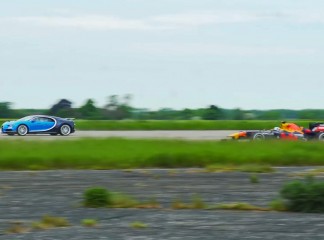