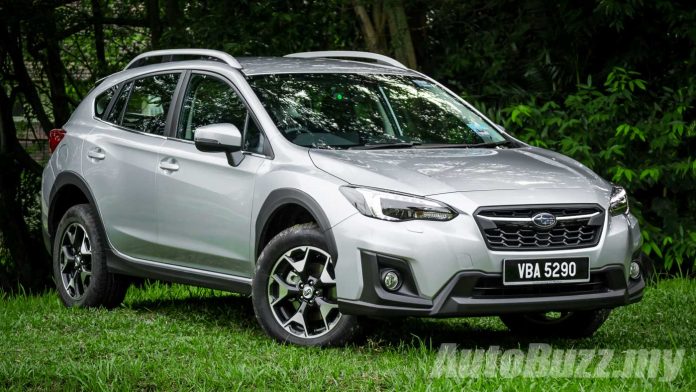 In-car connectivity has become increasingly important to buyers in recent years, especially since certain models now come with a natural voice command feature. These systems not only wows passengers, but it also offers a safer and more intuitive way of interacting with the infotainment screen.

Besides built-in Voice Command, another useful but often overlooked feature is Apple CarPlay and Android Auto connectivity. It allows you to pair your Apple or Android device and turn your infotainment screen to a “smartphone” with integrated apps optimised for driving.

At the opening of the Tan Chong Subaru Automotive (Thailand) Limited (TCSAT) manufacturing plant, Deputy Chairman and Managing Director of Tan Chong International Limited TCIL, Mr Glenn Tan revealed at the press conference that the Subaru XV sold in Malaysia will be equipped with Apple CarPlay and Android Auto connectivity as a running update by Q1 of 2020.

On the follow-up question as to why the new feature will take such a long time to be introduced, Tan said: “The process is taking longer because they (Apple Inc) need 6 months to certify Apple CarPlay, so there is the bottleneck. Once Apple certifies, we can roll it out that feature as an update.”

Subaru’s infotainment system for the Malaysian market is sourced locally from Panasonic and the new system will be readily equipped on the XV and Forester by Q1 of 2020.