Home News If you love Porsches, this video of its evolution is a must-watch! It’s likely that you’ve not seen this video – seeing as after two years of being online, it has only garnered over 200k views, but you should.

The video documents the evolution of Porsche post-World War 2 after Ferry Porsche decided to build his very own sports car having not found one to his liking.

From the Porsche 550 Spyder, famously driven by the late James Dean, to the cutting-edge Porsche 918 Spyder – the 27-minute video captures Porsche’s passion and drive in constant pursuit of engineering breakthroughs.

Although, only 18-minutes of this video are actually genuine (and worth watching) as it actually leads you into a promotional video for the new Porsche Panamera – it’s an advertisement, essentially. Porsche invests more into Rimac Automobili, increasing its share to 24% 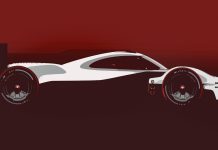