You’ve seen our coverage of its global launch in Bangkok, most likely watched our first impression video of the new Mitsubishi Triton being driven around an off-road course and most probably read about our recent interview with the mastermind behind this pick-up.

Now take a closer look, on the inside and out, of the 2019 Mitsubishi Triton that’s due to be launched in Malaysia early next year.

The facelifted Triton will be available in five different variants when it arrives as a CBU model from Thailand, with pricing to start from RM 100k to RM 140k.

For those of you eager to take a closer look at the handsome pick-up even before it’s launched, here are some of the locations you can head to: 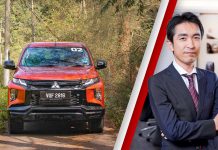 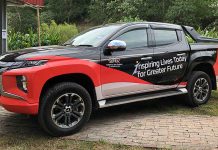 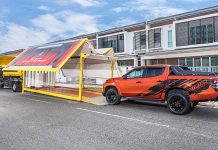