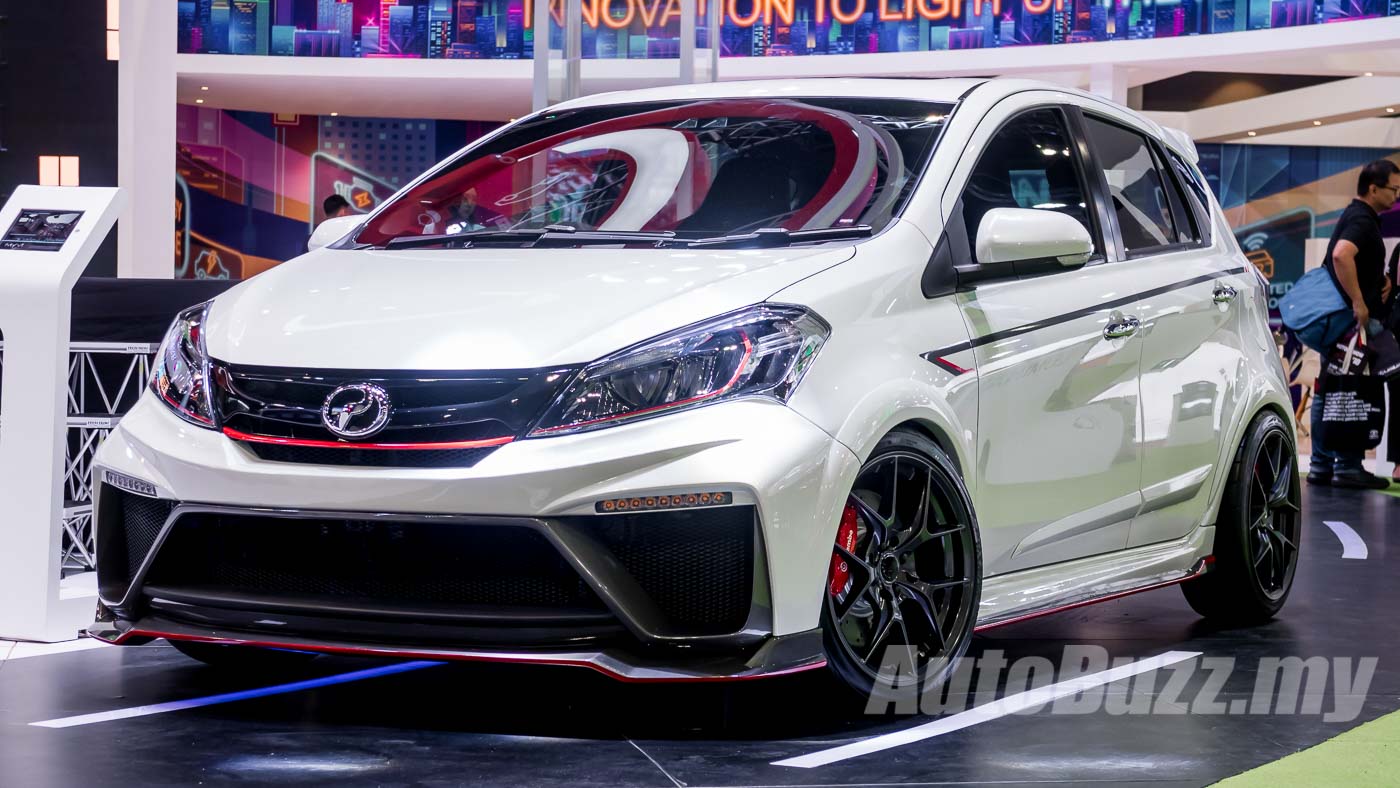 Parked alongside the Perodua X-Concept at the 2018 Kuala Lumpur International Motor Show (KLIMS) is the Perodua Myvi GT Concept, a design exercise to create a radical version of the popular Myvi.

Yes, we know that the aftermarket scene has put on a ridiculous wide body kit, ginormous GT wings and even dihedral doors on the fourth-generation Myvi. But remember, this Myvi GT Concept is a factory effort which usually has a more tasteful (and neat) finish.

On the front, the Myvi GT wears an aggressive bumper with large gaping intakes and a strip of LED daytime running lights. The front grille has been given a black finish and there is now a red pinstriping that runs across the grill into the headlamp housings ala Volkswagen Golf GTI style. Elsewhere you’ll find side skirts, sporty rear bumper with dual exhaust exits and clear taillamps.

The Myvi GT is obviously lowered by some considerable margin, fitting the 17-inch five Y-spoke alloy wheels wrapped in Bridgestone Adrenaline RE003 sticky rubbers nicely. Perodua has also given the concept car flared arches to clear the larger alloys, giving it a flushed “stance”.

Inside is where the designers went all out to create a proper “hot hatch”. While the cabin architecture remains unchanged from a regular Myvi there are plenty of “look fast” bits in the shape of flat-bottomed carbon fibre steering wheel with Alcantara inserts, Alcantara dashboard and bucket seats (even for the rear passengers!) with leather and Alcantara inserts. The black cabin is contrasted against the red inserts and red topstitching on the seats. A sunroof completes the interior makeover of the Myvi GT Concept.

Perodua has stressed that this is merely a design concept and has no plans to mass produce the Myvi GT. However, it would be fun if the company can drop in some engine modifications and create a limited-run series for the nation’s favourite hatchback.