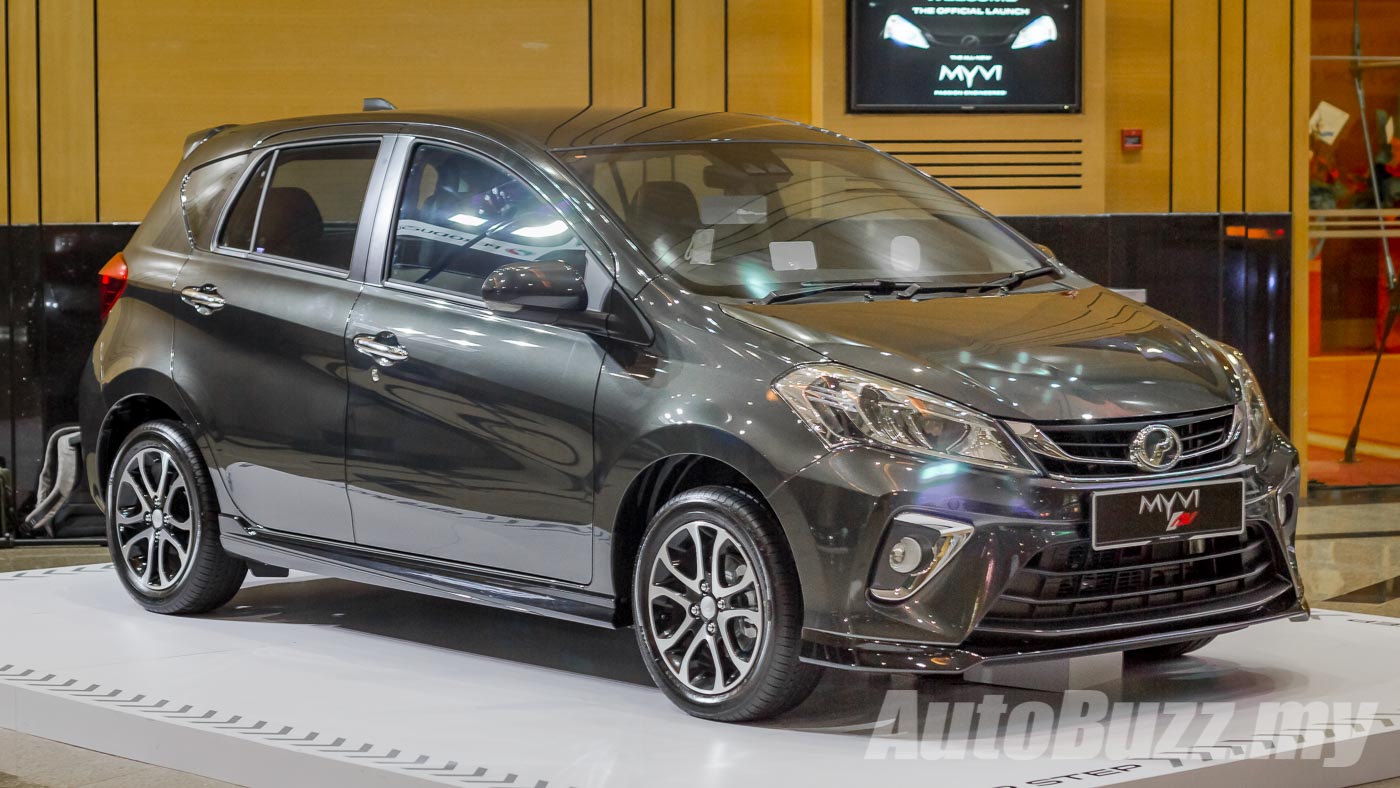 The Perodua Myvi needs no introduction – with more than one million of the compact hatchback on the road, there is a high chance you have driven, sat in, heck, even owned one yourself. You’ll either love them or hate them but you can’t deny that the Myvi has become an automotive icon in Malaysia.

I had the privilege to have owned a first-generation Myvi 1.3 SE as my first car so allow me to reminiscence my time with it. It offered everything I could ever ask for and more – spacious interior, ample performance and most importantly fuss-free ownership. Admittedly, I had some gripes with the car but for its price, it’s fair game.

With the second-generation Myvi, blessed with stylish design and modern interior, it was a clear case of the best made better. Come the all-new third-generation Myvi, Perodua has managed to equip it with features that put most foreign brands to shame and manages it at a fair price point. It’s bigger and better than ever before but the question is, by how much?

Way before the official launch of the car, the media were invited by Perodua to sample the all-new Myvi on their home-ground test track. A little disclaimer before we dive into the drive, the units we sampled were pre-production units but Perodua claims that the cars are very accurate representations of what customers will receive. Other than the pre-production interior trims, the test units get all the features and mechanics of the actual product.

I had a go in both the 1.3- and 1.5-litre variants and even had a chance to try out Pre-Collision Warning and Pre-Collision Braking of the Advanced Safety Assist system – this is what I’ve gathered in my short stint with the all-new Myvi.

Off the line, both powertrains feel almost identical while the larger mill provides that extra urgency to climb the revs. Gearshifts are smooth and crisp as expected, with newfound responsiveness. Mash the throttle and the transmission is eager to knock down a gear or two, giving you all of its available twisting force.

The 1.3-litre mill will get you up to the national speed limit in brisk fashion. After all, it only has to pull less than 1 tonne of mass. Sustaining high speeds requires a little more from the 1.3-litre hence should your everyday commute cover more highways, the 1.5-litre would offer better performance and refinement at high speeds.

Perodua has gone to great lengths to improve the overall driving dynamics of the new Myvi. Although the new Myvi’s platform is based on the outgoing Myvi’s platform, Perodua and Daihatsu have thoroughly reworked the chassis resulting in overall improvement of up to 70 per cent. The new chassis now boasts 2.5 times more high-tensile steel, additional bracing and reinforcement resulting in increased overall body rigidity.

At the high-speed section of the test course with average speeds of 80 to 100 km/h, the Myvi remained sure-footed around the bends with minimal body flex. Steering feel was positive with the front wheels turn progressively in relation to your steering input. On the 1.5-litre variants with larger alloys and lower profile tyres (15-inch; 185/55), it gives you greater confidence to carry more speed into the corners although the 1.3-litres with 14-inch alloys are more than capable of carrying ridiculous speeds.

Of course, the new Myvi is no Mazda2 or Volkswagen Polo but it still offers reasonable driving excitement with high-levels of safety margin. First-time owners and current owners will be very pleased with the level of performance the new Myvi can offer.

At speeds, the Myvi was impressively muted. Wind noise was noticeably lower compared to its predecessors and the engine notes no longer creep into the cabin, significantly improving overall driving comfort. Perodua claims that they have benchmarked the new Myvi to not only Japanese makes but also European models and there is no doubting that statement in the area of cabin refinement.

All these improvements are thanks to the more aerodynamic design, with a drag coefficient of 0.296 Cd over the outgoing model’s 0.306 Cd as well as the inclusion of an acoustic windshield on all models. For the record, all these improvements were noticeably felt on the pre-production model, if anything, the production model will be even more refined especially with the GearUp comfort package that adds insulation materials to the hood and door.

The Advanced Safety Assist (ASA) is not foolproof

While the new Myvi made headlines with its impressive suite of safety features especially the Advanced Safety Assist (only on 1.5 Advance), it is not a system that you should count on every single time. To recap, the ASA bundles Pre-Collision Warning (PCW), Pre-Collision Braking (PCB), Front Departure Alert (FDA) and Pedal Misoperation Control (PMC).

We sampled the PCW and PCB in an instrumented demonstration and got to know the assist system a little better. For starters, PCW and PCB are operable at speeds of below 30 km/h, essentially city speeds. Using a stereo camera, the system detects large objects upfront and sends an audible warning to the driver when an imminent collision is detected. Should there be no input from the driver, the car automatically engages the brakes to bring the car to a complete stop.

However, engineers from Daihatsu and Perodua who were present at the test emphasised that drivers should not rely on the system and must maintain their concentration when on the road. The reason being PCB will only operate three times per engine start – meaning if the system brings you to a complete stop on three occasions per journey, it will not bring the car to a complete stop the fourth time and so on. The only way for PCB to operate again is to restart the engine thus resetting the counter to three again.

When asked why such a limitation, the engineers explained that this is to prevent drivers from overly relying on ASA when driving. After all, it’s called Advanced Safety Assist for a good reason. Then again, who could argue that Perodua is shortchanging its customers when all variants of the Myvi comes with four airbags, ABS with EBD, Vehicle Stability Control (VSC), Traction Control and Emergency Stop Signal? The more expensive 1.5-litre variants further adds two extra airbags (to a total of six), hill-start assist and front parking sensors.

Overall, the all-new Perodua Myvi is an immensely impressive package, offering unprecedented value and safety features. It drives well, is as capable as other big names and most importantly does not break the bank to own one. While our time with the all-new Myvi was short and does not paint a complete picture of the car, we are confident that the Myvi will blow your socks off and is definitely worth your visit to the showroom.

The new Myvi will no doubt play a vital part in maintaining Perodua’s position as the number one national carmaker as well as stir up the competition from not only Proton, but other foreign brands as well. All-new Perodua Alza to be introduced by end of 2021?