McLaren Automotive started operations back in 2010 and sold its first supercar, the MP4-12C a year later. After six years in operation, McLaren Automotive has been announced as Britain’s leading mid-size company. The Sunday Times Top Track 250 league table ranks Britain’s private mid-sized companies with the biggest sales and McLaren emerged as top spot for 2017.

This staggering result is largely due to the diverse product range from entry level Sports Series to the halo Ultimate Series. To keep up with the ever-increasing demand for McLaren vehicles, the company introduced a second production shift at their McLaren Production Centre (MPC), doubling production capacity to 20 cars a day.

Moving forward, McLaren Automotive has their eyes set on the Track22 business plan where we will see 15 new McLaren models (and derivatives) by the end of 2022 with the recently launched 720S being the first model to kick things off. The company is also working towards an annual production capacity of over 4,500 units by the end of 2022 with at least 50 percent featuring hybrid powertrain technology. 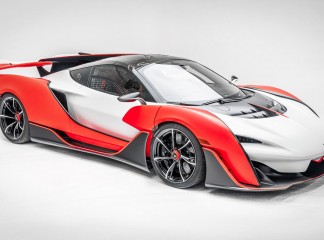