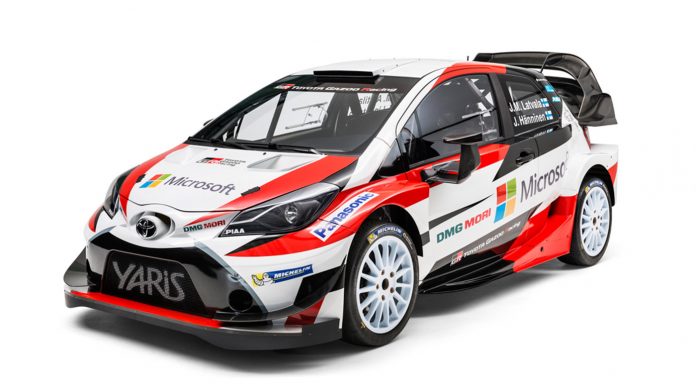 Two months ago, Toyota reportedly thought of the idea to venture into the hot hatchback segment. But now, Toyota confirmed that they are working on a high-performance Yaris to go against the Ford Fiesta ST, Renault Clio RS and Polo GTI.

The car’s rough sketch (pictured below) was teased during the unveiling of the Toyota Yaris WRC (pictured above) car. The latter also marks Toyota’s return to the World Rally Championship (WRC) after 17 years in hiatus.

The teaser revealed a three-door Yaris with larger wheels, bigger brakes and rally-inspired aero kit. One thing is for sure, the Yaris won’t be getting the over-the-top aerodynamic parts seen on the WRC version. Instead, the red and white colour scheme is the only common theme shared between the duo.

The new hot hatch is likely to be debuting alongside the next-generation Yaris, which should arrive sometime in 2017. As for now, the Yaris WRC car is largely based on the outgoing third-generation Yaris subcompact hatchback, which trails behind established rivals such as Volkswagen Polo and Ford Fiesta in Europe for they both are based on the latest models.