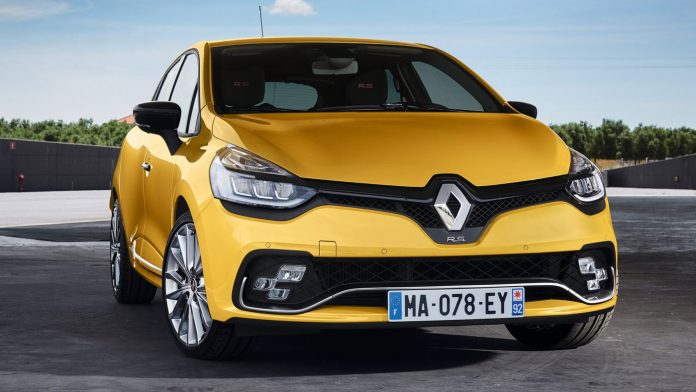 Renault, one of the decent hot hatch makers in the world, gives the highly acclaimed Clio RS a fresh update, in line with the recent unveiling of the standard Clio. The best part is, Renault took some bits of the maniacal Renaultsport Clio R.S.16 and fitted them onto this RS.

To start, the Clio RS shares most of the exterior parts with the R.S.16. Notice the sleek new headlights and the chequered flag fog lights arrangement? That is called “RS Vision“, and this adds character to the Clio RS.

The Clio RS is available in three specs: Sport, Cup, and Trophy. The earlier two gets a 197 hp and 240 Nm setup, while the Trophy is the most powerful among the trio with 217 hp and 260 Nm of torque at its disposal.

The Clio RS can be had either 17- or 18-inch wheels, but the Trophy sits closer to the ground and is more agile.The Akrapovic exhaust system can be specced as an option for the Trophy. That should bring minor improvements over the quoted standard Clio RS’ performance figures of 0-100 km/h in 6.6 seconds and a top speed of 235 km/h.

Renault will open the order books for the updated Clio RS by September. Two years ago, Renault Malaysia once offered the Clio RS for RM172,888.00, but a quick look on their website reveals that the peppy hatch is no longer listed.