Home Features Is the Audi A4 B9 worth considering over a 3-Series, C-Class and... 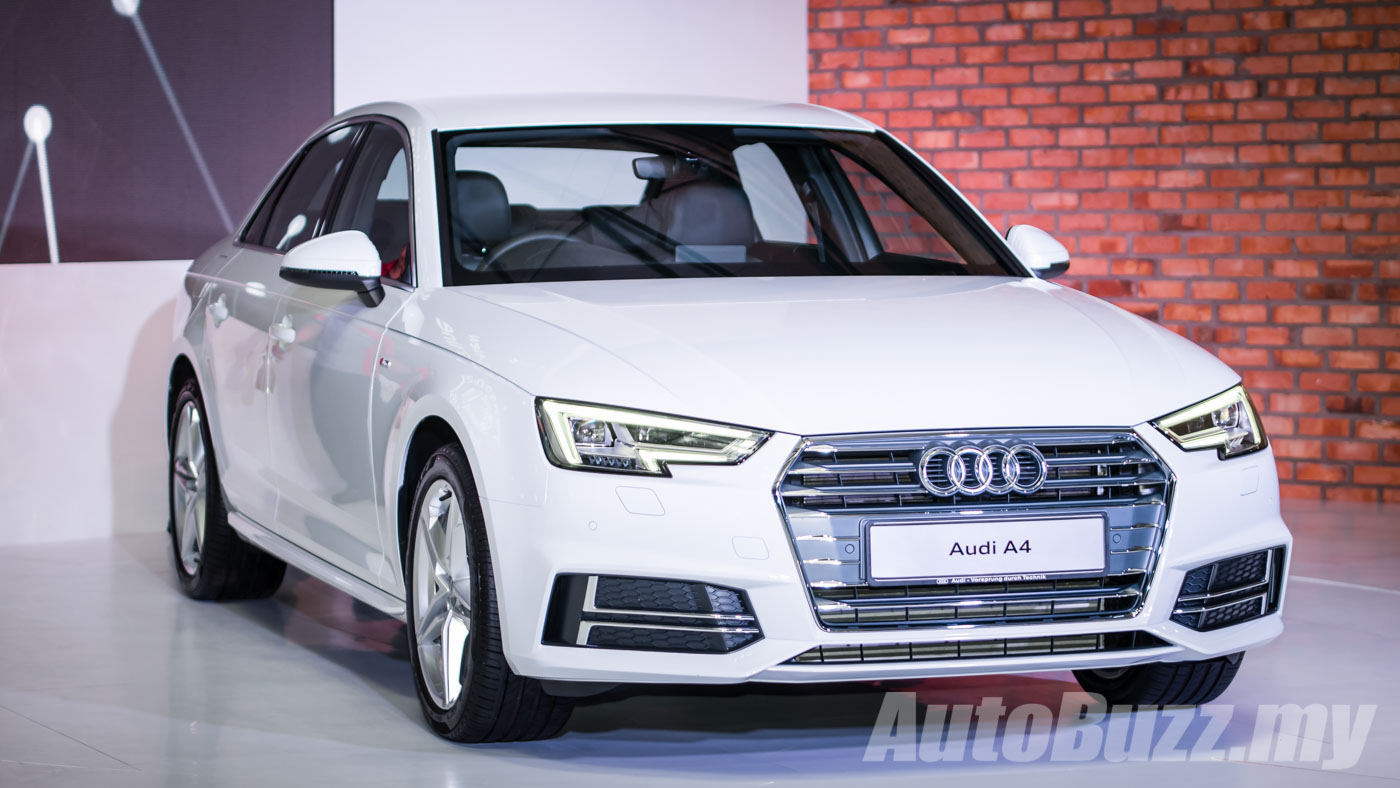 After a long wait, the ninth-generation Audi A4 has finally found its way to our shores with the tagline Progress is Intense. However, one might question whether the A4 entered the market a little too late.

Audi Malaysia explained that this is to secure a better deal for the A4 (that indirectly means pricing the A4 a little more competitively) with parent company that’s based in Ingolstadt. The negotiations delayed Audi Malaysia’s plans to introduce the A4, which was supposed to take place as early as the second quarter of this year. However, good things are worth the wait.

In this case, the biggest winner from this exercise are the consumers. Audi Malaysia has managed to bring in the Audi A4 B9 as a CBU unit (built in Ingolstadt itself) yet maintained an extremely competitive price positioning. Just how competitive, you ask? Allow us break it down for you.

For starters, the Audi A4 is a premium compact executive priced at RM249k. In this analysis, we shortlisted models that competes in the same price, power and segment bracket. This greatly narrowed the number of candidates for this comparison.

Naturally, the two other German contestants come into play – the BMW 320i Sport and the Mercedes-Benz C 200 Avantgarde. Other left-field choices include the Swedish Volvo S60 and the Japanese Infiniti Q50. Before jumping into the analysis, here are some quick facts:

As you can see from the table, all five cars share the same formula under the hood – a 2.0-litre forced induction engine. The Audi A4 edges the competition by being the only one to offer a dual-clutch transmission. In case you are wondering, this S Tronic adopts a wet clutch that works more reliably in our hot climate.

Performance wise, hands down the Volvo S60 T6 Drive-E takes the most powerful car title. Its 2.0-litre four-cylinder Drive E engine is boosted by a supercharger and a turbocharger, which helps extract a mind bending 306 hp and 400 Nm, making it the most powerful car of the lot. In the century sprint, the others are brisk but none dip below the 7-second mark, but the S60 obliterates the course in just 5.9 seconds.

The A4 is being advertised as the most slippery car in its segment, and it is far from a marketing gimmick because it yields some real world benefits too. With a drag coefficient of just 0.23, the A4 is able to slice through air much efficiently. Coupled with its improved S Tronic gearbox, the A4 is the most frugal of the bunch, consuming only 5.0 litres of fuel for every 100km travelled.

Among its German rivals, the A4 is the most expensive at RM248,900. Though, it is only marginally costlier than the RM248,888 C 200 Avantgarde. But don’t forget, the Audi is fully imported from Germany, while the BMW, Volvo and Mercedes-Benz are all locally assembled in Malaysia.

Now that we have laid out the quick facts about the car, Audi’s facts and figures are very competitive. Audi Malaysia has done a great job bringing in the ninth-generation A4 at a reasonable price point. This usually comes by sacrificing equipment. Did Audi Malaysia make that compromise? Let’s find out.

From the comparison chart above, the A4 fares very well in-terms of equipment. Despite being a CBU-unit, Audi Malaysia did not skim on features to bring the price down. Essential features such as keyless entry and start, leather powered seats, Audi MMI and reverse camera are all standard affair.

As expected from Volvo, the S60 is the only one here that comes with a suite of autonomous safety features. Otherwise, the A4 is on par with the rest of its rivals in the premium compact executive sedan segment.

Audi Malaysia is without a doubt late to the game. Its rivals have been charging full steam, with Mercedes-Benz consecutively smashing monthly record sales. As mentioned earlier, Audi Malaysia worked their best to secure a fair price for its latest model offering. Although priced slightly steeper than its competitors, thanks to their efforts, the A4 still offers great value for your money.

Bear in mind that the 320i, S60 and C 200 are all EEV-incentivised. As a CBU import, the A4 cannot be entitled for the same incentive, but things may steer in favour of the Four Rings in the near future when they get the green light for their CKD operations.

To be fair, the A4 offers great value for money; unrivalled build quality, perfectly aligned body panels (be sure to inspect the gaps between panels yourself) achieved thanks to laser welding, premium interior, generous equipment list and best of all, 10 different exterior colours to choose from.

This is of course just an on-paper comparison based on facts and figures. To really know how the A4 stacks up against the other offerings, stay tuned for our review of the Audi A4 B9!