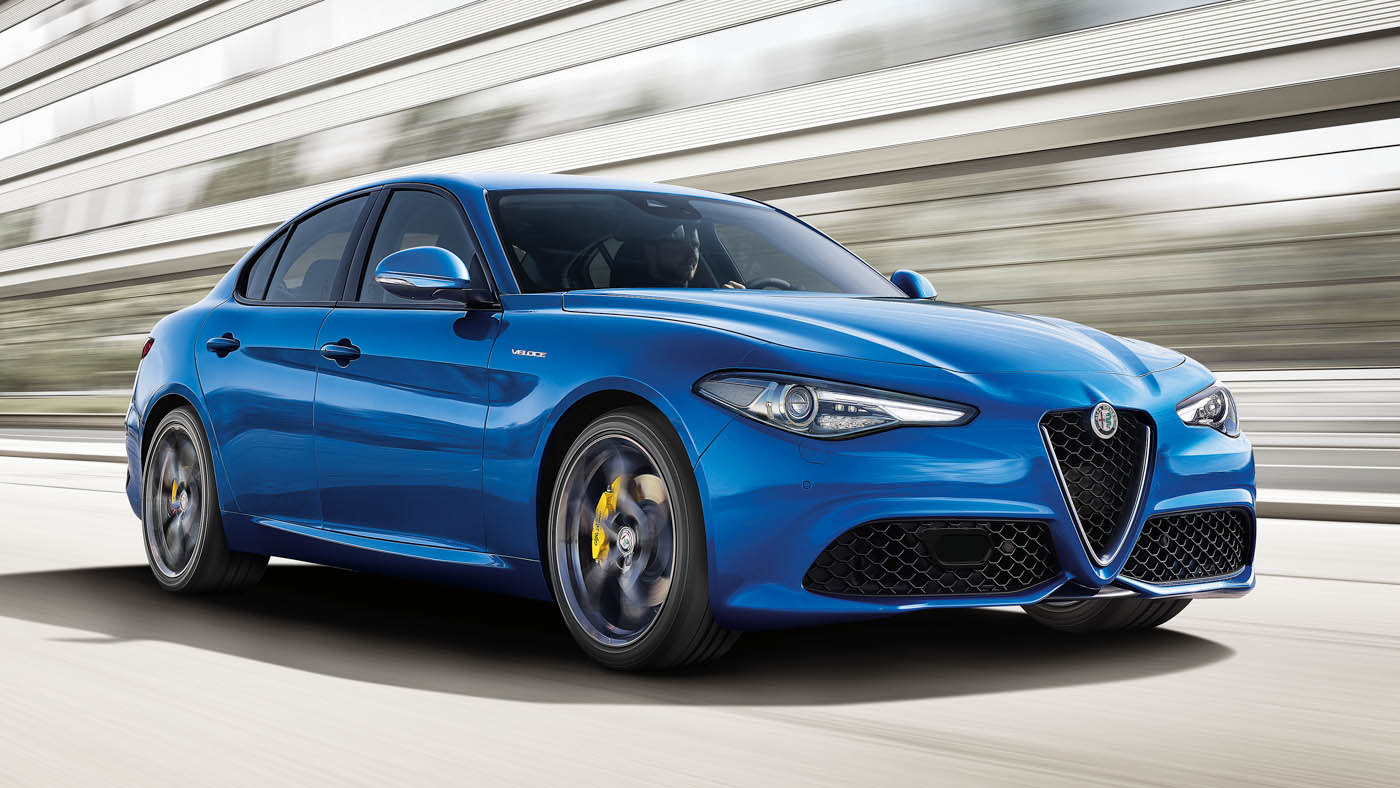 Over a year after the Alfa Romeo Giulia Quadrifoglio was revealed, the Italian carmaker went on to unveil a less powerful version of the sedan called Alfa Romeo Giulia Veloce. It will take the spotlight at the upcoming Paris Motor Show later this month.

The exterior differences are mainly subtle, with the Veloce sharing the same designed alloy wheels as the Quadrifoglio. The Veloce also receives an aggressive rear diffuser that houses the dual exhaust setup. Sporty interiors and xenon headlights are offered as standard in the Veloce.

Despite sitting just below the Quadrifoglio, the Veloce is still capable of delivering thrills. That’s possible thanks to the revised 2.0-litre turbocharged petrol engine that now pushes out 280 hp and 400 Nm of torque. It might be 230 hp down, but come think of it, the Mitsubishi Lancer Evolution and the Subaru Impreza both proved that fun can be attained with just 280 hp.

The Giulia Veloce is also available with a 2.2-litre turbodiesel mill that produces 210 hp and 470 Nm of torque. Both petrol and diesel variants get all-wheel drive and an eight-speed automatic transmission as standard.

So here we have an all-wheel drive 280 hp sports saloon that somehow sounds like a spiritual successful to the rally-bred saloons from Japan. Sadly, Alfa Romeo is now unrepresented in Malaysia since Sime Darby Auto Italia pulled out in late 2013. That said, with DRB Hicom carrying the Jeep brand from Fiat Chrysler Automobiles (FCA), perhaps the distribution rights should be given to them. Fingers crossed!