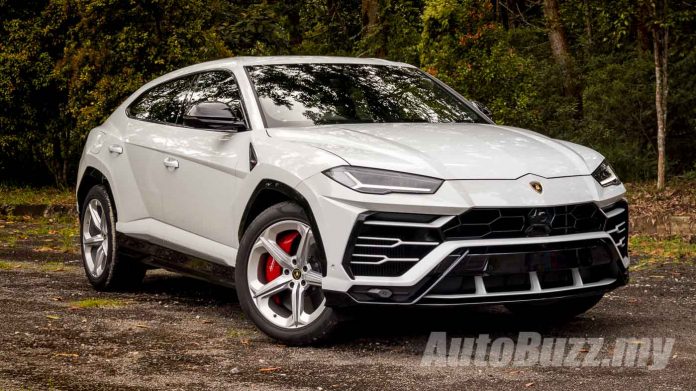 With more and more SUVs filling the roads in all shapes and sizes, we are now neck-deep into the age of SUVs and every manufacturer has been cashing in on the trend. Lamborghini is no different from the Urus and it’s already paying off dividends as the 20,000th unit has just rolled off the production line; making it the best-selling Lamborghini ever after just four years of being in production.

Finished in Viola Mithras with black rims and brake callipers, this 20,000th unit will be shipped off to a customer in Azerbaijan.

The Urus was in such high demand that Lamborghini had to double the volume and size of the Sant’Agata Bolognese factory from 861,000 sq ft to 1.7 million sq ft along with the introduction of 500 new staff members to facilitate production demands.

The Urus has come a long way as Lamborghini’s first attempt at making a super SUV didn’t go very well with the introduction of the LM002 back in 1989.

Back then, the LM002 sold poorly with only 301 units getting the opportunity to roll off the factory. It was initially designed as a military vehicle for the US but unfortunately, plans didn’t take off so Lamborghini converted it to a consumer pick-up truck.

Powered by a 4.0-litre twin-turbo V8 that produces 641 hp and 850Nm paired to an 8-speed automatic transmission, the Lamborghini Urus launches from 0 to 100 km/h in just 3.6 seconds, earning a spot on top of the list as one of the fastest production SUVs in the market as well as being the fastest to roll off showrooms.