Home News All-new Peugeot 2008 in Thailand shows-off what we’ll be getting soon! 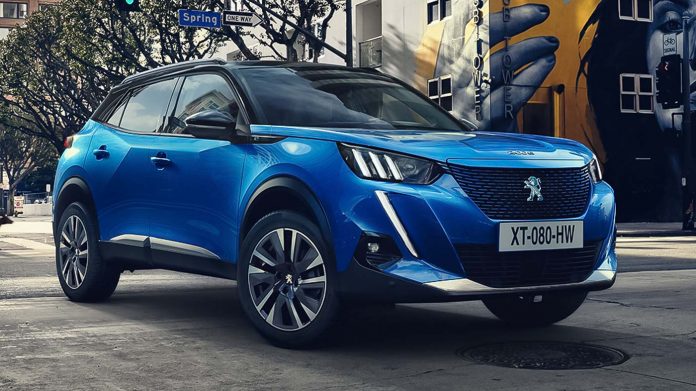 [Update 1:42 PM: Stellantis has announced that the all-new Peugeot 2008 has officially rolled off the assembly plant in Gurun, Kedah]

Despite being name-dropped by Berjaya Auto Alliance almost a year ago, it turns out Thailand actually shot first with the launch of the all-new Peugeot 2008, ahead of the Thai Motor Expo.

The new compact SUV is offered in a single Allure variant in the Land of Smiles, priced at THB1,189,000 (approx. RM149k) and will be fully imported from Stellantis’ Gurun assembly plant here in Malaysia.

Underneath the bonnet, you’ll find the familiar 1.2-litre PureTech turbocharged three-cylinder engine as seen on the Peugeot 208 here in Malaysia.

However, compared to the 208’s 1.2-litre mill, the engine here is now slightly uprated to make 130 hp and 230 Nm (18 hp and 15 Nm more than before, middle option of three available state of tune globally), and power is sent to the front wheels via a six-speed automatic gearbox as standard.

Design wise, the Peugeot 2008 is essentially a jacked-up 208, and thus share many of the hatchback’s design cues such as the prominent claw-style LED front and rear lamps, lion fangs daytime-running light signatures, and even the two-tone paintwork.

It’s now built on Peugeot’s new Common Modular Platform (CMP), which has also increased the overal vehicle length by some 14 cm over its predecessor. Although, boot space remains at 360 litres, which means there should be quite a significant increase in interior space instead.

Stellantis says that the Peugeot 2008 assembled here in Malaysia has undergone 200,000 km of specific endurance and quality testing in our unique climate and environment conditions.

The manufacturing team in Malaysia also used dynamic online tools and methodologies, including collaborating with other teams in China and Europe to meet production timelines while maintaining the company’s global manufacturing and quality standards.

“What we’ve been able to achieve at the Gurun plant in Malaysia over the past few months is a great achievement, and we are now focused on continuing the momentum to keep up with the increased customer demand for locally-manufactured Peugeot vehicles in the region,” said Stellantis ASEAN senior vice president, Christophe Musy.

With the all-new Peugeot 2008 now launched in Thailand, it’s only a matter of time that the compact SUV will make its debut here in Malaysia too – especially seeing that we got the 3008 and 5008 one month after they were introduced in our neighbouring country too.

We expect the specifications of our Malaysian model to mirror Thailand’s 2008, too; are the standard equipment enough to sway you over to the French brand? Let us know in the comments below!