Electric vehicles (EVs) have always been championed as the best solution to save our polar bears, but according to a new study published by Volvo, manufacturing an EV actually generates up to 70% more carbon emissions as compared to the good ol’ internal combustion engine (ICE) car.

But before you slate us for being clickbait-y in the title, here’s the kicker – that statistic above is specific only for the vehicle’s manufacturing process. Over the lifetime of the vehicle, an EV can reach a breakeven point, achieving a lower total carbon footprint to that of the ICE vehicle’s.

The study utilises a like-for-like comparison between the EV and ICE variants of the same Volvo model – the XC40 compact SUV – which is available as either a pure EV, plug-in hybrid, or pure ICE vehicle.

Their findings also take into account the entire lifecycle carbon footprint of each vehicle, starting from the mining of raw materials for batteries and parts, production processes, and actual on-road usage for 200,000 km before final disposal.

RELATED: The Volvo XC40 Recharge T5 PHEV is now available in Malaysia! Check it out here.

Naturally, the total carbon emissions of an EV relies heavily on how clean its electricity source is. With the global’s average electricity grid, which doesn’t involve much renewable sources, an EV barely undercuts a regular ICE vehicle in carbon emissions (four tonnes or roughly 7%).

With a cleaner source of energy though, such as the “EU28” standard that mixes both renewable and non-renewable sources, an EV can be significantly cleaner than an ICE-powered vehicle (22% lesser). When a completely renewable electricity source such as wind energy is used, an EV barely even emits any carbon dioxide at all when driven on the road!

RELATED: The next-gen Volvo XC60 will be fully-electric, due in 2026. Learn more here!

So with the majority of an EV’s total lifetime carbon emissions being made up during the manufacturing process, how much do you have to drive to offset the on-road usage emissions on an ICE? According to Volvo, the breakeven point for an EV running on the global average electricity grid is at 109,918 km – more than half of a vehicle’s lifetime.

So if you’re confident that you’ll be driving your EVs past these mileages, then yes – an EV is the greener choice between the two options. However, if you foresee yourself mostly driving in the city, then good ol’ fossil fuel might still be the wiser choice for the time being, until we figure out how to make producing batteries less harmful to the earth! 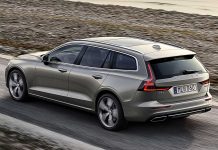 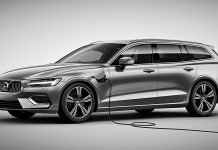