Home News Honda to roll out Honda Sensing 360 next year – scans in... 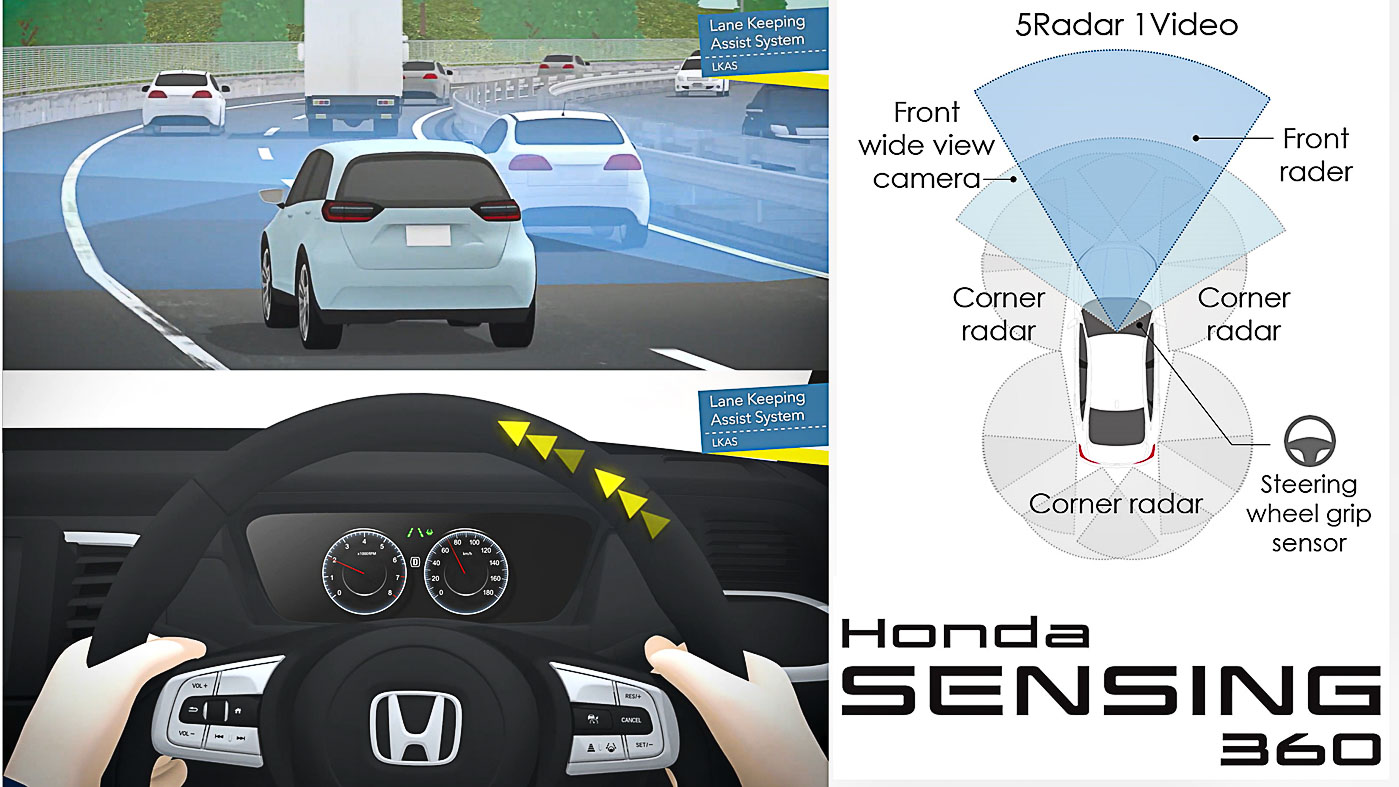 Apart from updating powertrain and handling performance, Honda also intends to upgrade the Honda Sensing advanced driver assistance system (ADAS) which will be called Sensing 360. The upgraded safety technology that can detect 360 degrees was unveiled together with the brand’s new e:N electric car sub-brand in China.

To make it omnidirectional, or the ability to scan in every direction, the Honda Sensing 360 adds a total of five millimetre-wave radars in front and at each corner of the vehicle, in addition to the current monocular camera.

Meanwhile, the rear corner radar units not only provide more precise blind spot detection but through faster processing time allows the system can even ‘pull’ the vehicle back into its lane should the driver miss the warning, avoiding a collision. If the coast is clear, the Honda Sensing 360 system even performs automated lane change with the driver requiring to just activate the turn indicator.

In total, more than 20 smart driver assistance features will be available with the Honda Sensing 360. The application of Honda Sensing 360 will begin in 2022 with the Chinese market with plans to go on sale and standard fitted in all major markets by 2030.

In Malaysia, the revolutionary Honda Sensing was first introduced on the all-new 2017 Honda CR-V model, offering a full suite of ADAS that substantial premium European automakers lacked. One of the biggest party piece was the Adaptive Cruise Control with Low-Speed Follow which is incredibly helpful during mundane slow-moving traffic conditions.

Today, Honda Sensing is available on almost every model by Honda Malaysia except the ageing Honda Jazz and HR-V models which are due for replacement soon. The all-new Honda BR-V seven-seater that was just unveiled in Indonesia will also come equipped with the most up-to-date Honda Sensing suite available in the ASEAN region.

Honda is striving for zero traffic collision fatalities involving Honda cars and motorcycles globally by 2050. A few days ago, Honda unveiled the usage of the Honda Legend Hybrid Sensing Elite to test SAE Level 3 and 4 autonomous driving technology in Europe, a large-scale project that also involves 33 other partners from 12 countries.