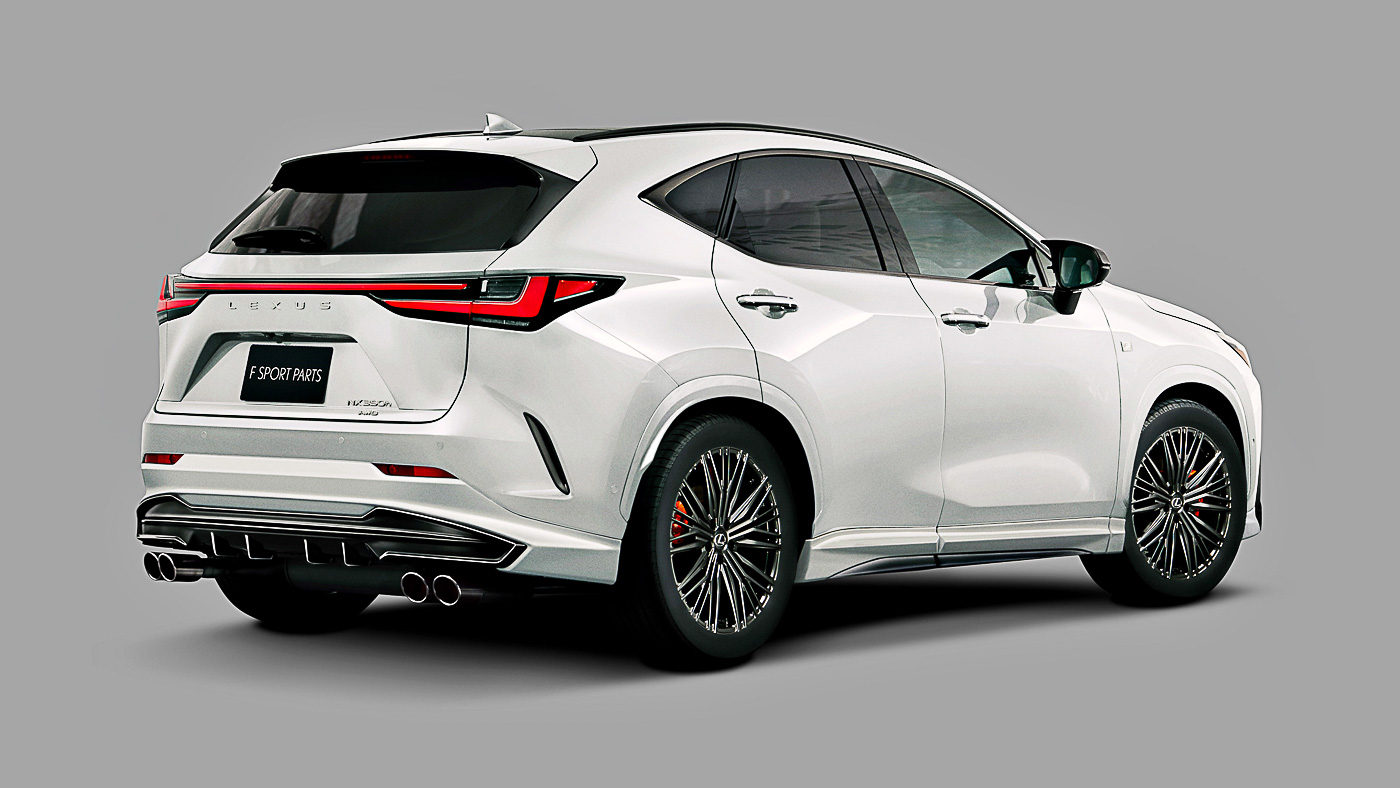 The all-new Lexus NX mid-size crossover was earlier launched in the USA and was just made available in Japan.

Lexus also continued with the sportier F Sport flavour for this second generation, with black highlights and sharper design on the spindle grille and rims. In Japan, customisation from the dealership is still surprisingly strong thus TRD Japan is offering their bodykit and more.

Designed under the theme “aerodynamic control” and total balance”, the F Sport Parts (yes, it is called that even though F Sport is a variant from Lexus) front bumper spoiler adds more gloss black plus a deeper aerodynamic-effect look, while the side skirts design is meant to visually bring the Lexus NX looking closer to the ground. The rear bumper diffuser meanwhile places more ‘racing’ flavour on the new Lexus NX with plenty of fins and creases.

Do you think this GR Parts rally package makes the Toyota Yaris Cross looks like it is trying too hard? Check it out here.

TRD Japan says the side mirror cover not only has high aesthetic values but also aerodynamic efficiency, as it rectifies airflow between the A-pillar, doors and the overall length of the NX.

In Japan, this painted four-piece bodykit plus the side mirror covers and quad-tip sports exhaust muffler is called F Sport Parts Aerodynamics Package is priced at JPY513,300 (approx. RM19k).

As for the gorgeous, forged rims in 20×7.5 sizing and finished in Melanite Gun Metallic, they are a separate package, which naturally cost more than the plastic bodykit at JPY616,000 (approx. RM23k) a set. To further improve the chassis rigidity as well as even lower harshness levels, TRD Japan is offering a pair of bodyshell “Performance Dampers” as well as chassis bracing members for JPY110,000 per package (approx. RM4.1k).

A ‘Black Edition’ F Sport Parts Aerodynamic Package is also made available for owners with dark vehicles and wants something that is all-black.

This BMW 8 series personalisation package is very, very black. Take a look at how dark the Frozen Black is here!

Unlike the Lexus ES with TRD F Sport Package, this Lexus NX F Sport Parts package does not have any upgrades for the interior.

To recap, the all-new Lexus NX features a range of new powertrains, consisting of a naturally aspirated 2.5-litre engine with 201 hp, a turbocharged 2.4-litre unit with 279 hp as well as an improved self-charging hybrid with 242 hp and Lexus’ first plug-in hybrid maxing out at 306 hp.