Home News Nissan launches yet another new GT-R only for Japan – “T-spec” limited... As expected, the latest Nissan GT-R model is simply another limited edition, without any changes to performance and styling. For the latest improvement under the MY2022 (model year 2022), Nissan is introducing the GT-R T-spec to the Japanese market, limited to just 100 units.

The MY2022 Nissan GT-R, which is only scheduled to go on sale in late October, adds two limited grades- the GT-R Premium T-spec and the GT-R Track Edition T-spec. Both T-spec limited editions gain a carbon-ceramic braking system, a carbon-fibre rear spoiler and exclusive T-spec emblems.

Nissan has also reworked the suspension and damping characteristics of the GT-R T-spec editions for better comfort and stability. The GT-R Track Edition T-spec meanwhile adds a roof panel and trunk lid made from lightweight carbon fibre, reducing 20 kg of kerb weight.

When asked what T-spec meant, Chief Product Specialist of the Nissan GT-R, Hiroshi Tamura, comically answered, “No, the T is not for my name, Tamura, but I feel I should say yes to that question (chuckles),”

“The name T-spec comes from TM-spec, a secret engineering code we originally used while we were developed this. We put TM for this R35 for trend making, a milestone for new trend as well as traction master (maximum traction from 4WD technology),” continued Tamura. The Nissan GT-R T-spec editions will also be made available with two re-introduced colours from the older Skyline GT-R palette.

In a Question and Answer (QnA) session with the key project executives, Nissan said both colours were specially re-formulated to suit the shape of the R35 Nissan GT-R as well as the painting process that now involves more environmentally friendly processes and materials.

The Midnight Purple that was last used in the R33 Nissan Skyline GT-R is an advanced version of the colour and now incorporates colour-shifting pigments, inspired by the naturally occurring aurora borealis phenomenon.

For the Millennium Jade paintwork, more grey shade has been added to match the contours of the R35 Nissan GT-R. Nissan also said the Japanese customers are especially sensitive to green thus plenty of fine-tuning of the colour was needed.

A Nissan Skyline GT-R Nur-spec was advertised with a seven-figure price tag! Could the revival of Millennium Jade paintwork knock off a few thousand now?

The GT-R Premium T-spec comes equipped with 20-inch forged Rays rims in bronze finishing, while the GT-R Track Edition T-spec has its forged Rays rims in Nismo Racing Black. Gold is meanwhile used on the engine cover and door sill plates for both variants.

While a few exterior colours are available, the interior of the Nissan GT-R Premium T-spec edition only comes finished with a specially-developed green theme and a black headlining with special stitching. The GT-R Track Edition T-spec is finished in a black interior with a pair of Recaro seats.

Under the bonnet lies the venerable twin-turbocharged V6 VR38DETT engine displacing 3.8-litres with a maximum output of 570 hp and 637 Nm of torque. Power is sent to a six-speed dual-clutch transmission mounted on the rear axle, and then redistributing a portion to the front axle via the ATTESA E-TS all-wheel drive system.

The lighter and more performance-focused Nissan GT-R Nismo with 600 hp and 652 Nm of torque was unveiled earlier in April. All variants are said to complete the century sprint benchmark in 2.8 seconds. 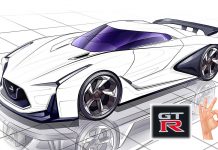 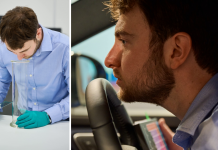