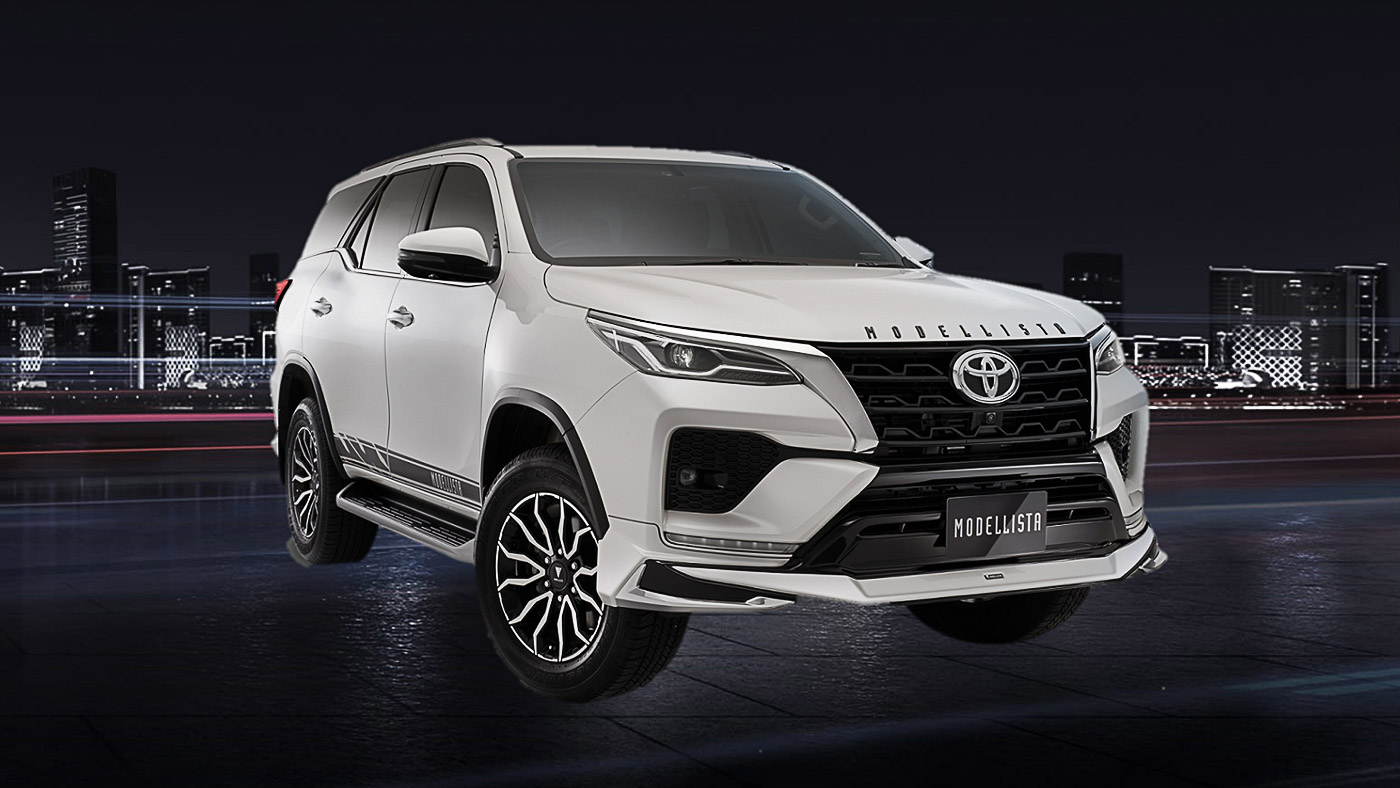 Chrome highlights are signature with Modellista design and there are subtle touches of chrome at the corners of the front bumper spoiler and contrasted with gloss black finish.

Was this Toyota Alphard Modellista 4-seat conversion the prototype/precursor to the Lexus LM? Take a look at the similarities here!

Priced at THB57,620 (approx RM7,400), the Modellista kit (compatible only with the SRZ bumpers) is now offered as a zero-cost option for selected new Toyota Fortuner purchases in Thailand. Sold and installed by TCD Asia Sales Co. Ltd, the Modellista kit also gets a warranty coverage of 36 months or 100,000 km.

Could we be seeing the Modellista kit being offered in Malaysia? The brand has been unheard of except for the group of Toyota Alphard and Vellfire owners, where a large number of used and new units come fitted with Modellista kits.

For the keen observers who noticed, the 2021 Toyota Vios Challenge also see sponsorship by Modellista (replacing TRD). Wing Hin Motorsports is currently the authorised distributor of Modellista kits in Malaysia and they also offer the kit for the new Toyota Camry, RAV4 as well as the Sienta.

Thus, the Fortuner Modellista kit being previewed in Thailand could soon be here in Malaysia, brought in by Wing Hing Motorsports.

Check out Toyota Motor Indonesia’s GR Sport range, now up to six models! But do they communicate fun-to-drive? More about the line-up here.