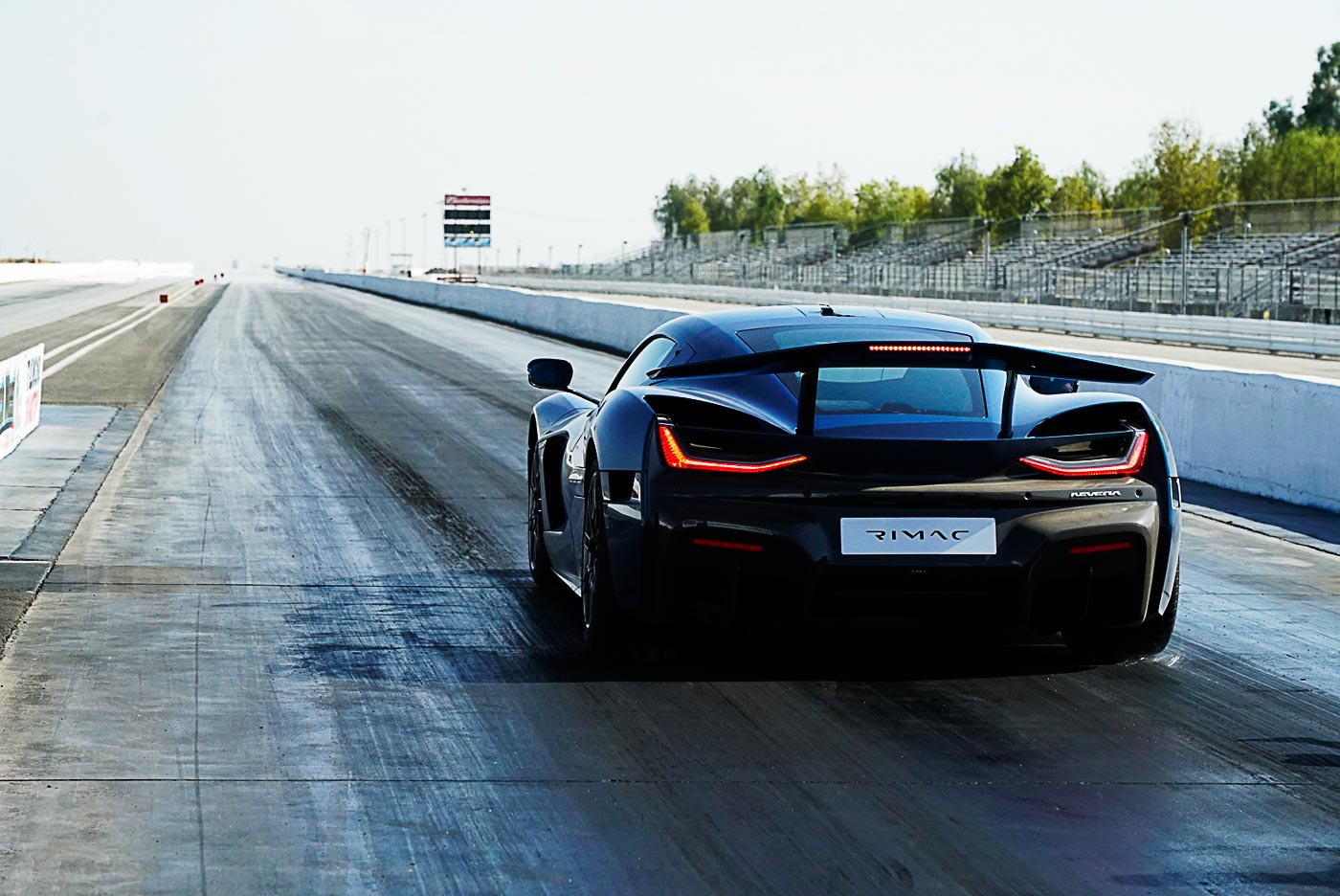 The Rimac Nevera has been selling big performance numbers since the project formally started over two years ago. With four motors (each wheel driven by an individual motor) and a 120 kWh battery pack, the fully electric Nevera has an unfathomable 1,914 hp and 2,360 Nm of torque.

In official performance tests by Rimac, 0 to 100 km/h is dispatched in just 1.97 seconds with a top speed of 412 km/h. Rimac has already performed their own 1/4-mile assessment of the Nevera which set a new unofficial world record time of 8.62 seconds on an unprepared airstrip in Croatia.

Now with the opportunity to perform a recorded 1/4-mile time at a certified drag strip in the US, Rimac was curious to see how the Nevera performs on a specially prepared surface as well as car preparations done by a more experienced 1/4-mile drag driver.

In the US, NHRA (National Hot Rod Association, governing body of drag racing)-certified drag strips have PJ1 TrackBite (glue) surface at the start line to provide high amounts of traction to ensure little to no wheelspin for effective launch of Top Fuel dragsters.

Driven by Brooks Weiselblat from Dragtimes who provided the Youtube video, the Rimac Nevera consistently hit times of under 9 seconds covering the quarter-mile run at Famoso Raceway. The intelligent Launch Control in the Nevera “learns” the grip levels on the surface and adjust the motor torque output accordingly.

After a few more preparation burn-outs by Weiselblat to heat up the regular Michelin Pilot Sport 4S tyres, he and the Nevera set the 1/4-mile in a production car world record time of 8.582 seconds (with 1-feet rollout) at a top speed of 269.6 km/h. The run was the 11th of the day in quick succession, without any performance degradation between the runs.

Rimac test and development driver, Miroslav Zrncevic, said they are confident that the Nevera has much more to give with additional testing and experience on the PJ1 surface and looking forward to returning.

This Rimac has been masquerading as an Asian racing car. Find out which electric racing car here!

Earlier in July, Volkswagen transferred ownership of Bugatti to Porsche, in which the latter has formed a partnership with Rimac forming a JV under a 45-55 ownership ratio. Curiously, the Bugatti Chiron Sport holds the unofficial 1/4-mile time for a combustion engine production car with a time of 9.4 seconds.