Home News Rimac Concept_Two is an all-electric hypercar with 2,300 Nm 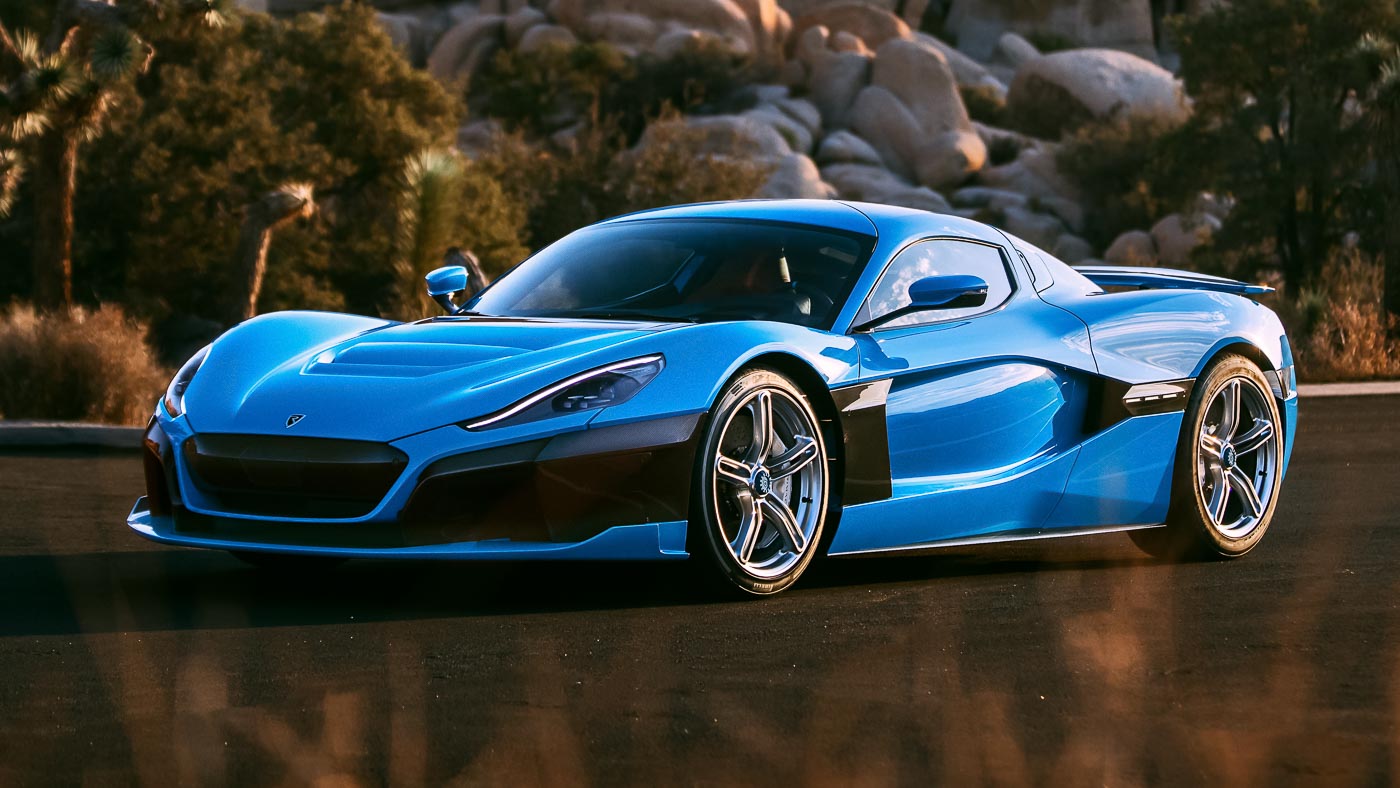 When the Rimac Concept_One debuted at the 2011 Frankfurt Motor Show, it received plenty of interest on its sleek styling and promised performance. The Croatian company very quickly shut down non-believers when the Concept_One repeatedly annihilated every supercar it went up against in a straight line.

The second-generation Rimac Concept_Two (C_Two) not only takes performance to hypercar (maybe Megacar) territory, it also has twice the operating range compared to its predecessor. Nuts.

Underneath the carbon fibre monocoque – which weighs under 200 kg including the roof – rests four electric motors powering each individual wheel giving the car a staggering 1,914 hp and instant torque of 2,300 Nm. The 120-kWh battery pack gives the car 550 km of range based on the WLTP cycle, almost twice the electric range of the Concept_One.

The Concept_One takes 2.5 seconds to get to the 60 mph (96 km/h) which is plenty fast but with advancements in Torque vectoring, electric motor and tyre technology, the Concept_Two takes only 1.85 seconds to complete the 60-mph sprint. Let that sink in for a moment…

Top speed data is not revealed yet (car is still in prototype phase) but Rimac claims that the Concept_Two can sprint from 0 to 300 km/h in 11.8 seconds – a shade slower than the Koenigsegg Regera’s time of 10.9 seconds.

Rimac has also revised the styling of the Concept_Two, taking an evolutionary step instead of a revolutionary one. The silhouette remains the same as before, but the front and rear has been restyled to incorporate more aerodynamic elements.

Open up the dihedral doors and you’ll be greeted with a more refined cabin architecture with two digital displays for the instrument cluster and centre console. Where the Concept_One’s buttons and dials look like they’re lifted off from a 90s game console, the touch points in the Concept_Two are a lot more pleasing to the eye.

Rimac says developments of the Concept_Two is not complete and they will showcase what the new car can do on the road sometime in 2020. If you need to know how much the new car might cost, just know that its predecessor costs upwards of USD980,000.