BMW has redesigned the front of the new BMW X4 M Competition with an enlarged kidney grille into a single-piece frame, pairing it with slimmer headlights, now available with optional BMW Laserlights. The lower section of the new front bumper is now flatter and wider, with vertically arranged and elongated side air intakes.

At the side, the new BMW M 892M Star Spoke forged wheels in jet black burnished saves 2 kg of weight per wheel, while the rear features a new bumper design with gloss black highlights with an upsweep ‘Anvil’ pattern that mimics the front bumper. No changes to the slim L-shaped taillights on the BMW X4, unlike the new “pincher” items on the BMW X3 facelift.

Meanwhile, a new mesh pattern in the grille will be featured in the regular new BMW X4, while the X4 M40i can be easily mistaken as the new X4 M Competition due to the very similar-looking front and rear bumpers.

Behind the new front fascia of the facelifted BMW X4 M Competition is the new S58 3.0-litre twin-turbocharged straight-six engine from the BMW M3 and M4 Competition models that features the forged lightweight crankshaft. Engine output is now increased by 50 Nm to a total of 650 Nm and is available between 2,750 rpm to 5,500 rpm. Peak horsepower of 510 hp is reached at 6,250 rpm and is maintained up to the maximum engine speed of 7,200 rpm.

The additional 50 Nm of torque decreased the benchmark century dash by 0.3 seconds to register 3.8 seconds on the stopwatch, an amazing achievement considering the X4 M Competition is 285 kg heavier than the M4 Competition that completes the 0 to 100 km/h sprint 0.1 second slower!

The interior of the new BMW X4 sees noticeable upgrades. The driver’s instrument cluster that projected traditional circular dials has been replaced with the latest BMW Live Cockpit Professional. In the BMW X4 M Competition, M-Specific graphics that first originated from the BMW M8 Competition are used.

The central array of switches for the air-conditioning and eight-button shortcut keys have also been upgraded to the current switchboards used in the G22 BMW 4 Series. Rather than just upgrading the gear selector lever to the current BMW M design, BMW has lifted the entire lever plus console panel from the new BMW M3 and M4, which the company calls the control island.

The BMW 4 Series control island will be used on the new BMW X4 variants.

As for the advanced driver assistance systems, the new BMW X4 series can now be equipped with Active Cruise Control with Stop and Go function with improved functionality. The Reverse Assistant that recalls the steering movement of the last 50-metres forward is also made available.

Both the regular BMW X4 and BMW X4 M Competition will continue to be built at BMW Plant Spartanburg in South Carolina. This manufacturing facility in the USA is also home to all BMW X models, except the BMW X1 and X2. 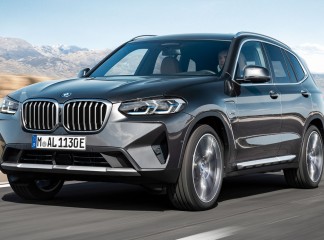 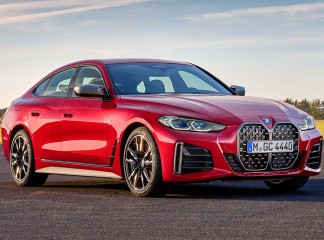 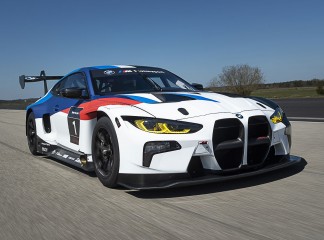