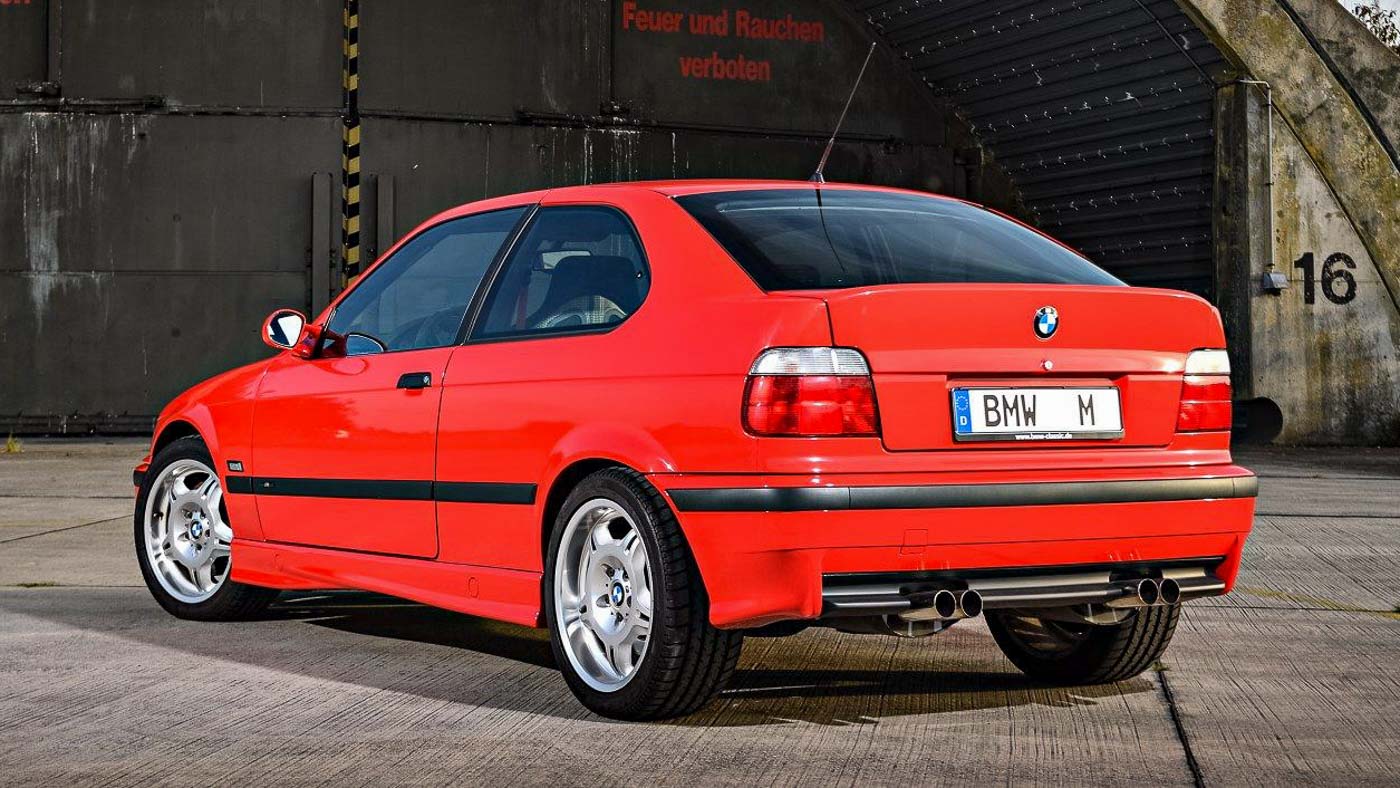 Despite making two whole generations of it, the BMW 3 Series Compact is still a rare sight these days. The Compact just never sold well in many parts of the world, probably due to its odd proportions and funky looks – I mean, just look at these headlights.

Over the years though, the compact 3-er has gained itself a loyal following, with many swearing by its supposedly “better” handling characteristics. And what better way to prove your point than the fact that BMW M engineers wanted to make a car out of it?

The E36 M3 Compact was never sold, but BMW did actually make one, literally, supposedly as a gift to commemorate the 50th anniversary of German enthusiast publication Auto Motor und Sport in 1996. And BMW Group Classic’s latest YouTube video gave us a closer look at the unicorn.

The E36 Compact is pretty much identical to the regular 3 Series from the front of the car up until the B-pillars, which means it had enough space to fit a full-blown S50B32 3.2-litre inline-six engine underneath its bonnet, making a whopping 321 hp and 350 Nm of torque.

For context, the most powerful BMW E36 3 Series Compact you could buy was a 323ti, shown earlier in the video, which made 170 hp from its 2.5-litre inline-six engine – and that was already being marketed as the “sportier” model in the line-up, noted by its ‘ti’ (for Turismo Internazionale) badge.

The host pointed out in the video that the engine looks “serial production standard” in the engine bay, adding that “everything is meant to be in here, so they could have built it right away.” But why didn’t they? According to BMW’s own retrospective article on their website, it could well be because it was too powerful – yes, seriously.

You see, thanks to its shorter hind, the E36 Compact actually weighs about 215 kg lighter than the regular M3. As you can imagine, the extra power paired to a significant lighter body means that the E36 M3 Compact was probably quite a bit too much to handle, for regular folks like us anyway.

The article added that if the car had ever gone into series production, the engineers would probably have had to “dial down its power in order to improve drivability”. This, of course, never stopped some daredevil E36 Compact owners, who went ahead and shoehorned the S50 engines into their cars anyway, as BMW highlighted at the end of the video.

Anyway, for the M3 that never was, BMW also gave it a set of Recaro racing bucket seats, Alcantara trim, and a roll-bar to, you know, make it a little safer driving it. Over at the rear, the BMW E36 M3 Compact also gets a ducktail spoiler trim for some additional downforce, as well as a set of quad tailpipe exits – something even the actual production M3 never had.

Maybe it’s a good thing that this car never went on sale, because we already have enough things to spend our money on.