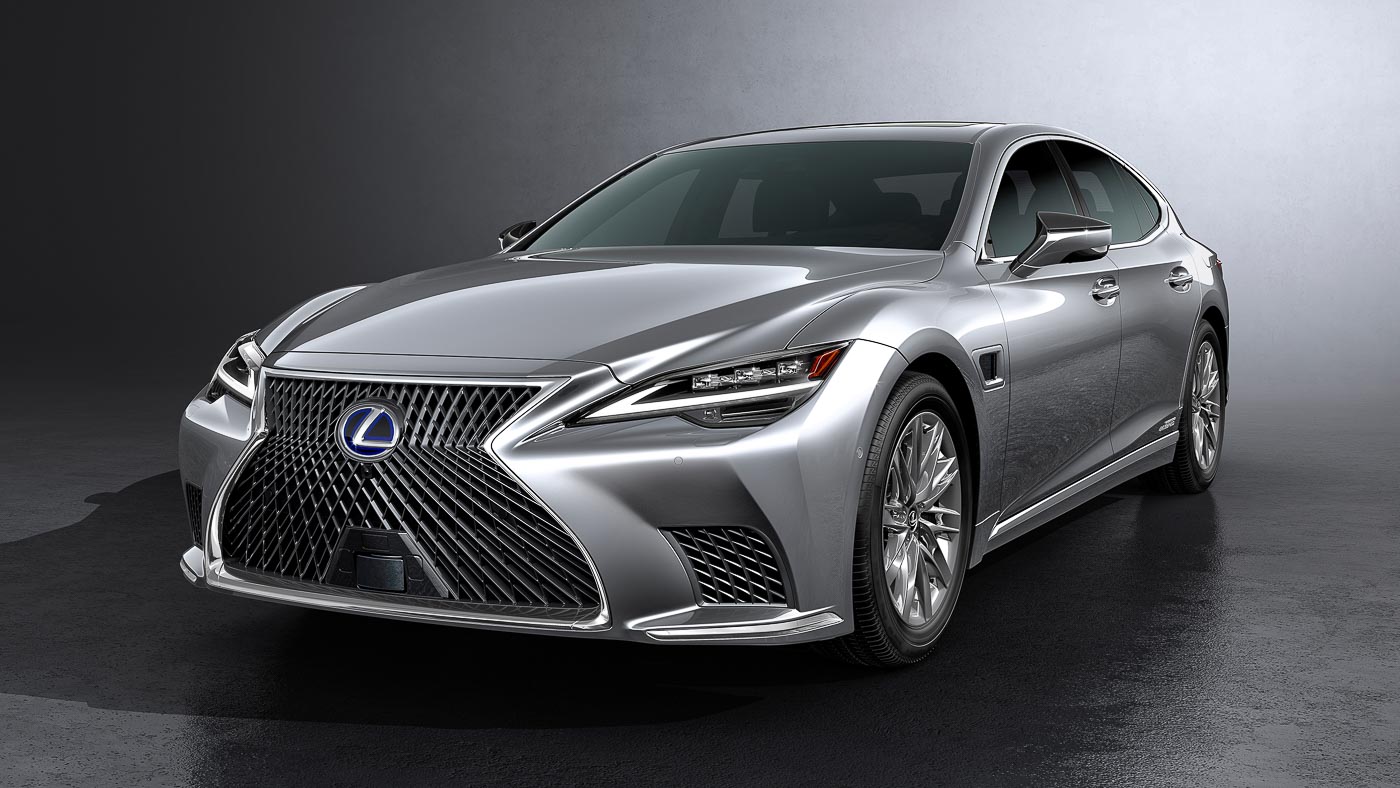 Lexus Malaysia is now taking orders for the new facelift Lexus LS 500 which will be available here in two variants – the LS 500 Luxury and the LS 500 Executive Kiriko. Last year, Lexus launched the new facelift IS, and locally, the new LX 570 and LC 500 Convertible models.

The new car features a redesigned front bumper, along with a new appearance for the radiator grille and new triple-projector headlamps with more distinctive graphics.

At the back, the LS 500 which rides on Air Suspension also gets an updated look with new LED combination tail lamps however those 20-inch wheels remain unchanged. In terms of colour options, the new Lexus LS 500 is now available in two colours – Iridium Silver and Sonic Iridium.

The real magic of the Lexus LS though lies on the inside. Opt for the more expensive Executive Kiriko variant and you’ll be greeted with Kiriko Glass panels and hand-folded pleats by the door.

The Executive Kiriko however, gets a smaller boot (440 litres) than the Luxury variant (480 litres) due to the additional cooler box in between the rear seats. As an LS owner, is that something that would bother you?

Besides, you’d be so distracted by the Ottoman and massage functions of the rear seats, boot space would be the last thing on your mind. If that doesn’t take the edge off, just turn up the 23-speaker Mark Levinson Reference Surround Sound System that’s exclusive to the Executive Kiriko variant.