Home AutoBuzz.TV Video: The Mitsubishi Xpander is a fun 7-seater to drive! – AutoVlog 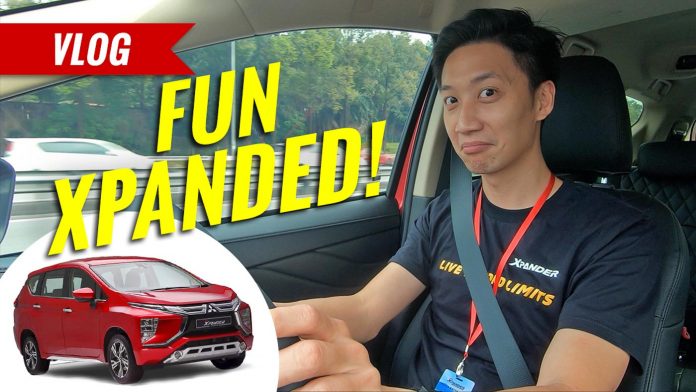 When we think seven-seaters, we don’t often associate it with fun driving experiences – they’re often made for one purpose and one purpose only – to haul as many people (or cargo) as possible. But who says that we can’t have both? On our media drive event of the Mitsubishi Xpander, the all-new seven-seater “SUV” surprised us with just that.

It shouldn’t come as too much of a surprise, because the Xpander does actually come with damper components adapted from the Mitsubishi Lancer Evolution X as we’ve previously reported on. But it’s surprising to see how much the one single component has helped the Xpander in staying planted in the corners.

Handling prowess isn’t the only thing that the Mitsubihi Xpander can boast about too. Not only does the Xpander come with a tonne of space for storage, it does it smartly too, with various compartments and pockets for different items in different sizes – there are even compartments under the cargo floor for you to keep your shoes neatly!

The large nine-inch infotainment touchscreen display with six speakers is also enjoyable to use – especially with Apple CarPlay and Android Auto connectivity. However, it has to be said that the image quality of the 360-degree surround-view cameras does leave quite a lot to be desired.

During our drive, we also found that the 1.5-litre 4-cylinder naturally-aspirated engine underneath the bonnet felt adequate for usual day-to-day driving, with its 105 hp and 141 Nm of torque output paired to a four-speed automatic gearbox. However, for those who frequently travel on the highways, you might find it a little tougher to overtake – especially with a full load aboard.

There are many more things which we found out in our media drive, which we’ll leave it for you to find out in the video. Our full review of the Mitsubishi Xpander is also coming very soon, so be sure to keep your eyes peeled on our YouTube channel!