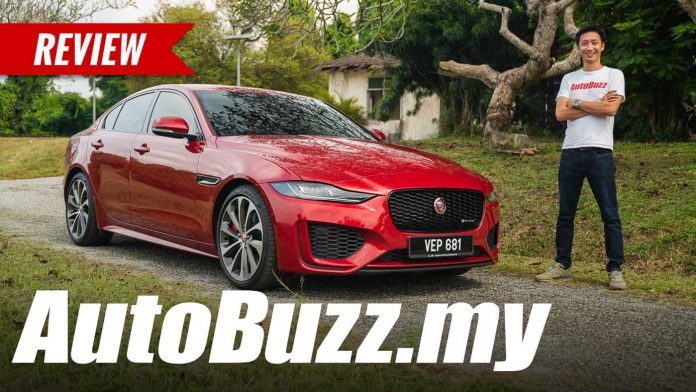 Launched here in August of this year, the Jaguar XE facelift, priced at RM395,831.02, has arrived with a host of changes both on the inside and out.

For starters, it’s got a sleek new exterior; with slimmer head and tail lamps to render the pre-facelift model it replaces, a dinosaur. The front grille is also less prominent and along with a coupe-like silhouette that makes the XE, now finished with the R-Dynamic kit and sportier wheels, looks fast without even moving.

Inside, the facelift jaguar XE R-Dynamic’s leather upholstery is available in various shades, along with a complete tech overhaul. This includes a new digital instrument cluster, new infotainment system, and a more stylish control panel for the air conditioning. It even gets a new steering wheel taken out of the Jaguar I-Pace.

Brought in to compete with the higher end models of BMW’s 3 Series and Mercedes-Benz’s C-Class, it got us asking two questions. Does it still retain the exclusivity of a Jaguar sedan? And does it feel like a sports saloon?

Here’s what we thought.