When news broke earlier this month that Bermaz Auto is likely to take over from Naza the distributorship of Kia and Peugeot in Malaysia, we raised questions pertaining the “lock, stock, and barrel” inclusion of the Naza Automotive Manufacturing (NAM) assembly plant in Gurun as part of the deal, due to its joint ownership between Naza and Groupe PSA – who holds 61.4% equity interest in the plant.

In an exclusive interview with The Edge, Naza Corp Holdings executive chairman and CEO Nasarudin SM Nasimuddin confirmed that the company is in consideration to offload the NAM plant from its portfolio. “That (the sale of the equity interest in the plant) is being discussed with PSA,” says Nasarudin.

Groupe PSA acquired a 56% stake in NAM back in February 2018 with plans for Malaysia to become the export hub for Peugeot, Citroen, and DS, while Naza will be named sole distributor for the brands in the ASEAN region.

The plant, which began operations in 2004, has a production capacity of 50,000 units annually. However, the capacity is likely to be in excess currently. Last year, the company sold 3,432 Kia vehicles, while Peugeot only managed to sell 1,897 units.

A Companies Commissions of Malaysia (CCM) filing revealed that NAM suffered an after-tax loss of RM1.69 million from RM56.92 million in revenue for the year ended December 2018.

When asked on the reason to sell its key automotive assets, Nasarudin quoted the “razor-thin” margins and a challenging landscape, where the group has little say in key decisions. “Margins are limited, and even pricing is determined by the principal, so there are a lot of risk factors.”

Nasarudin explained that the company has long considered a restructure plan, but it was the Covid-19 pandemic that triggered the transformation. “But when Covid-19 hit us, as a group, immediately we wanted to take the opportunity — we wanted to do a check of the organisation, in the sense that we wanted to reassess the group and make key decisions to move forward,” explains Nasarudin.

“My goal is to have this whole transformation exercise finished by December this year, and [to have] until the first quarter of next year to really chart the way forward for the group,” Nasarudin said in conclusion. “With all these divestments in place, we need to be selective of how we want to move the group forward.” 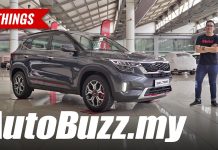 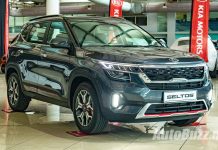