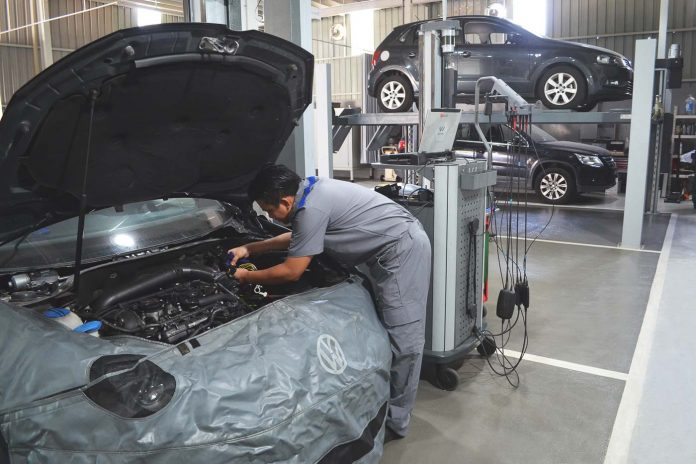 While the Movement Control Order (MCO) is still in effect and everyone is advised to stay home unless necessary, car workshops within Selangor have been given the green light to open from 9am to 4pm daily, according to a report from The Star.

According to a directive from the Selangor government, automotive workshops are classified as essential services, therefore allowed to operate during the MCO period. Their counterparts in Kuala Lumpur, however, are to remain closed during the period.

Apart from workshops, spare parts shops will also be given the go-ahead, according to spokespersons from several municipal councils within Selangor. Towing services remain operational around the clock.

Speaking to Berita Harian, Selangor exco member for Local Government, Public Transportation and New Village Development Ng Sze Han, said that priority should be given to front liners involved in the fight against the coronavirus pandemic, as well as those working in essential services.

“This permission is given for emergency cases, particularly to those required to work during this period. But all individuals, no matter what the circumstances, must abide by the 1-metre social distancing rule,” said Ng.

“For those who have no necessity to be out, just stay home to help curb the spread of Covid-19,” he added.

However, Malaysiakini reported yesterday that Defence Minister Ismail Sabri Yaakob said that the decision to allow business premises to open or close during the MCO should lie within the National Security Council (NSC).

“These are not ordinary times. In ordinary times, the local council can use its powers to allow or not to allow an industry or business premises to open, including workshops.

“But these are not ordinary times. In these times, the NSC issues orders or standard operating procedures (SOPs),” he said during a press conference in response to the decision from the Selangor Government.

“I hope these matters can be streamlined so that assistance from the Health Ministry, the police and army can also be streamlined to help them. I hope what was mentioned won’t happen again,” he added.