Home News The Volkswagen Golf Mk8 will react accordingly if you say, “My bum... 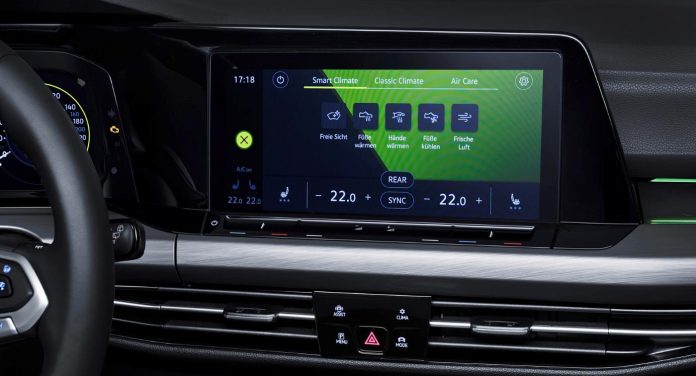 Technology sells cars, so it’s no surprise that many new generation models come equipped with digital instrument panel, touch interface, voice command, even remote access. The new Volkswagen Golf Mk 8 doesn’t disappoint in that regard – it has a dashboard that’s virtually free of physical buttons and knobs.

But as is typically the case with touch interfaces, you do trade familiarity and tactility for uncluttered coolness. The operation through touch can also be imprecise when the driver is focused on driving and looking out for the traffic around him.

Volkswagen would have been aware of this and have outed a video showing how the Smart Climate menu system works as part of the 3-zone Air Care Climatronic system in the latest generation Golf. To adjust the temperature of the air conditioning, you slide your finger horizontally on a ‘strip’ located at the base of the infotainment display. To call up more on-screen AC functions and frequently used presets, there’s a ‘direct entry key’ on the centre of the dashboard which serves as a shortcut button.

Of course, if the fingers are occupied with other tasks (like holding the steering wheel), there’s the voice command feature that’s smart enough to respond contextually to what the driver is saying, such as ‘I am cold’ and then dial up the temperature. We do wonder if the system would launch Spotify or lower the temp when the driver says, “It’s getting hot in here” or “98 degrees, please”.